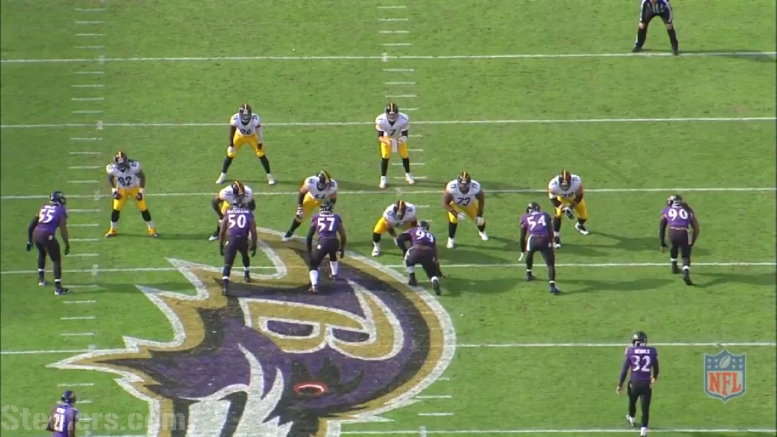 It seems to me as though the closer that tight end Ladarius Green gets to returning to the field, the more variability we are seeing out of the tight end position from the Pittsburgh Steelers, almost as though they recognize that none on the current roster are starters, and are now auditioning for roles in the future.

Veteran David Johnson got a fairly extensive look during the first half of Sunday’s game. While he ‘only’ played 20 snaps, which is a lot for him, all of them came within their first 38 offensive snaps, which was prior to the team dropping down to 21-0 in the game. And he saw some variety in his work.

He and all the tight ends were on the field for the first play of the game, in fact, lining up in a 13 personnel package, yet with an empty set. Johnson set lined up as the middle receiver on the right side and ran a post route before breaking to the right sideline when spotting that the play had broken down.

Midway through the second quarter, the Steelers broke out the tackle-eligible with Chris Hubbard, which is something that they have not made much use of this season, though injuries have played a part in that.

Hubbard saw three snaps during the game as a tight end, and was paired with Johnson on all three snaps. The first snap was a running play, with Johnson motioning from a balanced side to the strong side prior to the snap. Johnson got his block, but, surprise, surprise, Brandon Williams had other ideas.

A bit later in the game, in the third quarter, Johnson found himself at fullback, a role that he played for a few snaps during the game—remember, Roosevelt Nix was inactive for the game. Johnson got on his man up the A Gap, but the center could not control the point of attack, and the backup nose tackle blew up the play for a loss.

The fact is that, even though it wasn’t exactly his fault, the plays in which Johnson was on the field seemed to be particularly unsuccessful. The only first down the Steelers gained with him on the field was the check down pass that he caught and turned into a 15-yard gain in the first quarter.

It will be interesting to see how things shake out when Green returns, and if Nix remains inactive. A lot of that hinges on why Nix has been inactive. But Johnson played more in the first three quarters of the game than I anticipated he would. It was only really that they turned over to the no-huddle that his playing time fell off a cliff—as did Jesse James’, by the way.