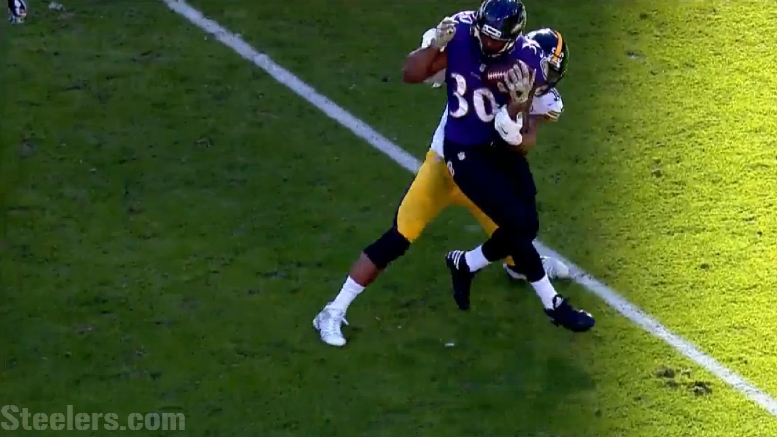 In the wake of the Pittsburgh Steelers game against the Patriots on the other side of the bye week, much was made about the fact that the team chose to ‘start’ Vince Williams at inside linebacker, in spite of the fact that Ryan Shazier was returning. Williams also played about a quarter or so of the snaps during the game.

After the game, it was even hinted at by defensive coordinator Keith Butler that they were considering continuing to use a rotation of players at the inside linebacker position between Shazier and Williams, and may even have implied that Williams would also rotate in to spell Lawrence Timmons at times.

If the first game on the other side of the bye week is any indication, then the coaching staff evidently decided against doing that. Shazier played every snap in the game, although Timmons did come off for three snaps, and Williams played three snaps on defense in the game.

There are a few points to make about this, but the first and most crucial point that we learn from this is the fact that Shazier is back to a level of health in which he can log every snap and play effective football. In fact, right now he must be healthier than he has been at any point since the season opener, since he originally tweaked his knee in the second game.

While Shazier tried to play through that injury, it eventually caught back up with him, and he was ultimately forced to sit out three games before returning for that Patriots game a couple weeks back, during which he was sort of eased in by giving him a lower snap count. He said after the game that the decision to give Williams some of his snaps was not a decision based on health.

Fueled by those comments, it was the assumption that the coaching staff was rewarding Williams for the quality play that he delivered while starting in Shazier’s place, during which he led the team in tackles and also even managed to pick up two sacks, having only had a half of a sack in his previous three seasons.

But Shazier played, and he played effectively and with an impact. He showed that by shooting the gap on several plays, on two of which he produced substantial losses—one a four-yard loss on a running back screen, and another a 13-yard loss while hitting the hole on a running play that forced a fumble, but was recovered by the offense.

That is the most important thing to take away from this, but secondary to that is also the fact that the team evidently used the bye week to evaluate the consideration of using a rotation at inside linebacker, and, potentially, elected against it.

He did come in for three snaps in place of Timmons, but that is not a sufficient establishment of the idea that they plan on expanding upon that further. It’s a possibility—and in fact something that I wrote about multiple times during the offseason—but for now it appears that Shazier and Timmons will remain full-time players.