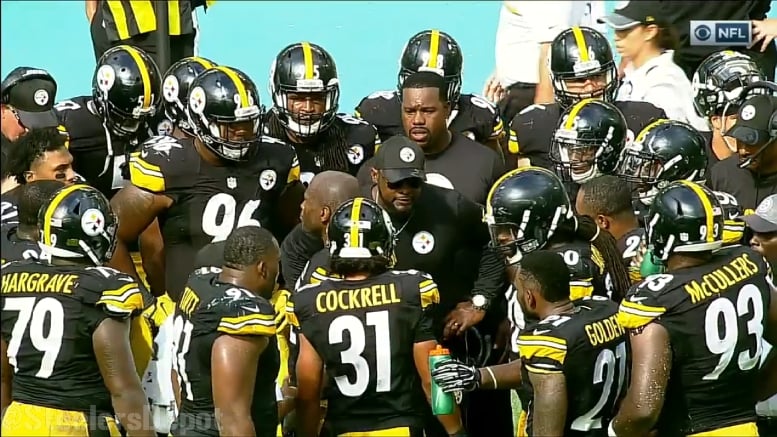 A Ben Roethlisberger injury saga is nothing new, that’s why a possible return from a meniscus injury this Sunday is just another journey down a familiar road for the Pittsburgh Steelers. In the last week, two narratives of a Roethlisberger return have been covered from top to bottom; the first being how quickly the quarterback returns from injury and secondly, how mediocre he performs in his first game back. Roethlisberger’s known struggles gives an opportunity to look at another aspect of his return-to-action games — the defense. The goal being to identify if the Steelers defense has risen to occasion when the team starts a less than 100 percent Roethlisberger.

Below are the defensive results of the six games that have seen Roethlisberger return from injury compared to the defense’s season averages. 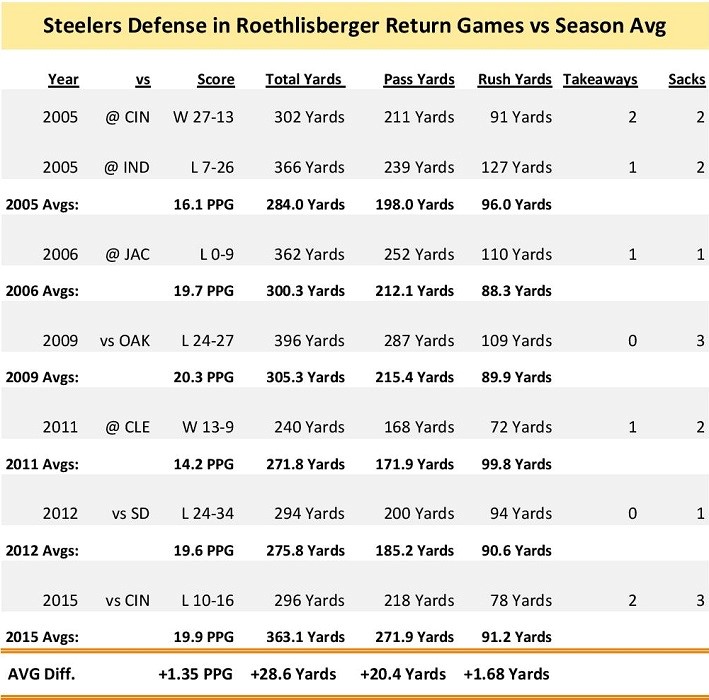 What this means for this Steelers team awaiting the Baltimore Ravens Sunday is unknown, as the average difference numbers are not enough to cause much of a difference in performance. More than likely, you can expect to see more of the same from the Steelers’ defense, one that has allowed an average of 21.4 points allowed per game to go along with 390.1 total yards per game.

A big boost to the Steelers’ defense would be Roethlisberger’ performing at a winnable – competitive level, something that has not been seen throughout all of his games back from injury. A decent Roethlisberger would greatly alleviate pressure off the defense by keeping them off the field. In almost all of the games charted, the defense has found themselves forced to win the game on their own as Roethlisberger struggled to shake off the rust, a big reason why the Steelers are just 2-5 in these games.