With the smell of Thanksgiving turkey in the air, Pittsburgh Steelers wide receiver Antonio Brown was able to fulfill his hunger for the end zone by catching three touchdowns en route to a 28-7 victory over the Indianapolis Colts. Brown’s three touchdown game not only moved his Steelers to 6-5 and back above .500, but also added a few milestones to his long list of accomplishments. 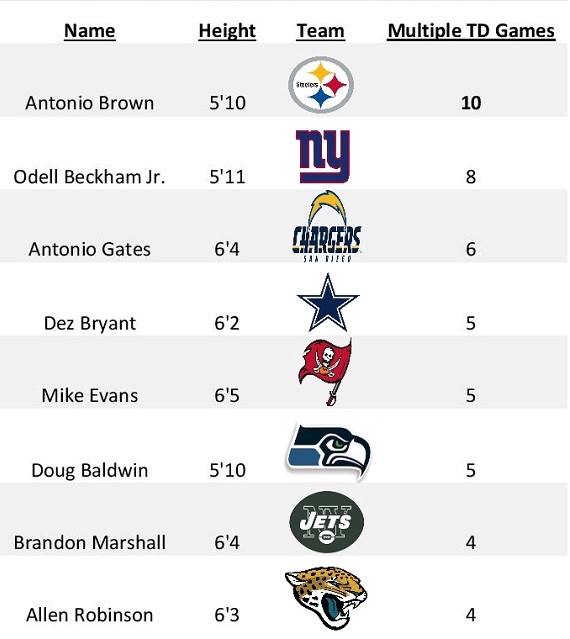 Even more incredible is that Brown has done this in 10 out of the 43 total games he has played since 2014, meaning that he has multiple receiving touchdowns in 23-percent of these games, or roughly once every four games. While Brown is known league-wide for being a great route runner, his progression in his ability to find the end zone has perhaps slipped under the radar.

Despite standing at only 5’10, Brown stands tall in a league obsessed with tall-physical red zone targets. Like he’s done since being drafted in the sixth round, Brown has proved the skeptics wrong as not only does he rank first in most multiple receiving touchdown games, but his 33 receiving touchdowns since 2014 are also the most in the NFL.

Thursday’s prime-time stage gave Brown the opportunity to update his already world-class resume and Steelers fans a chance to reflect. Just as Brown was busy devouring the Colts secondary on Thanksgiving night, the Steelers faithful and organization were reminded of another reason to be grateful for the gift of Antonio Brown, no matter how many excessive touchdown penalties it may cost.