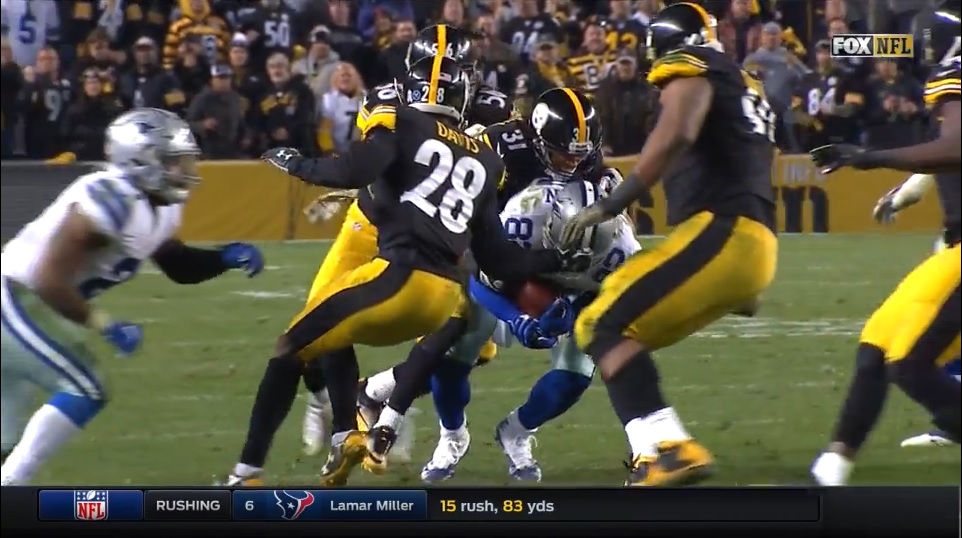 To be clear and reasonable, even though we’re all still feeling pretty heated after yet another loss, Sean Davis’ facemask was far from the only reason why the Pittsburgh Steelers fell to the Dallas Cowboys.

But the situation magnified it ten-fold. It put Dallas in field goal range, only to be negated by Ezekiel Elliott’s game-winning run that may have dashed the Steelers’ playoff hopes.

Davis was looking to pry the football away from Jason Witten but inadvertently caught the tight end’s face mask, drawing the call. After the game, the rookie attempted to explain what happened.

“I was just trying to get him down, man,” he told a group of reporters after the game. “It was a critical time. Seconds are valuable. Trying to get him down, poke the ball, just grab something. He just ducked. Once I felt my fingers in his facemask, I let go. It’s just, I was coming in so fast. That’s what happened.”

Pittsburgh greatly improved on their penalty total, just four to Dallas’ ten, but two of them were costly. Davis’ of course and Ross Cockrell’s late hit/personal foul, a 15 yard call that would end in an Elliott 14 yard touchdown on Dallas’ first second half drive.

You can see the facemask before, quick acting karma to a call the team had gotten away with earlier in the drive. William Gay had definitely grabbed Cole Beasley’s facemask which went undetected.

Here’s a photo of that. 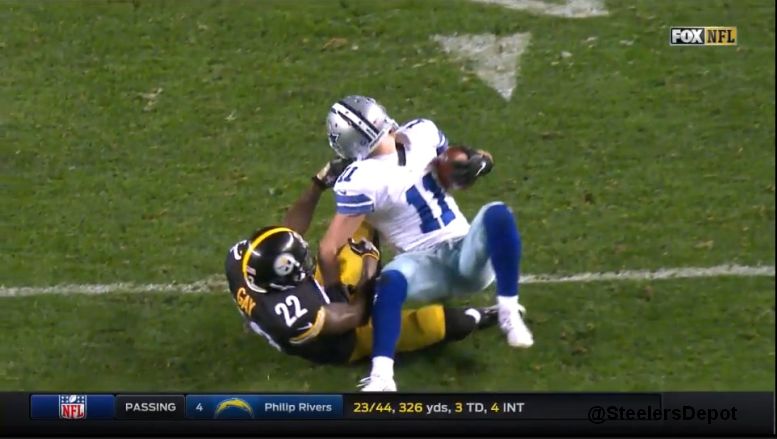 And then of Davis’ play.

It’s chiefly disappointing because it played a critical role in the loss but also because it overshadows an otherwise impressive game by Davis. He was a sure tackler and was aggressive in run support, receiving more playtime the last two weeks.

But for this game, justly so, all that will be remembered is the play that contributed to the loss.