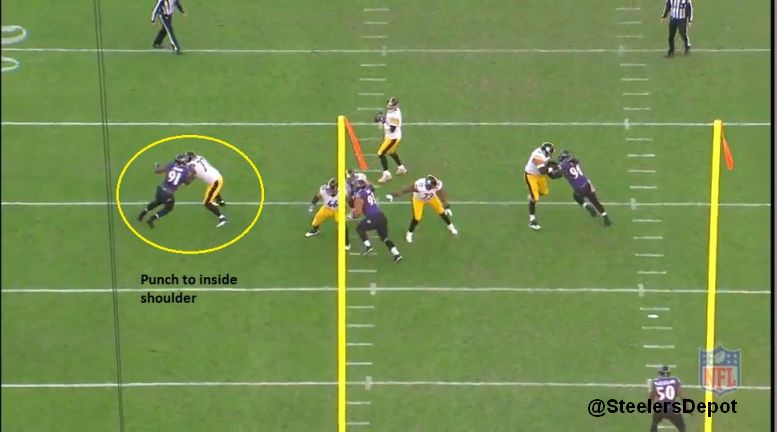 Breakdown of the two sacks allowed by the Pittsburgh Steelers in their Week Nine loss to the Baltimore Ravens.

Five rush with five blocking. It’s a half-slide protection to the left, beginning with B.J. Finney. The Ravens run a nickel blitz with cornerback Jerraud Powers. Their three tech slants across Finney’s face, C.J. Mosley blitzes to occupy the B gap and Ramon Foster, with RDE Matt Judon (#91) the contain rush upfield to hold Alejandro Villanueva. Powers comes in free between Mosley and Judon. 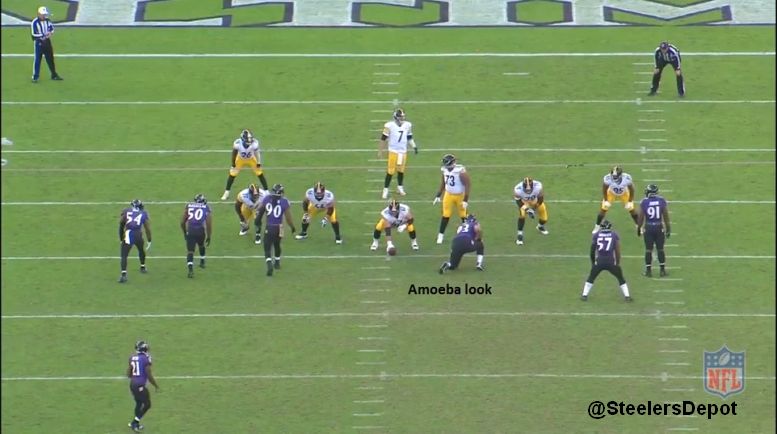 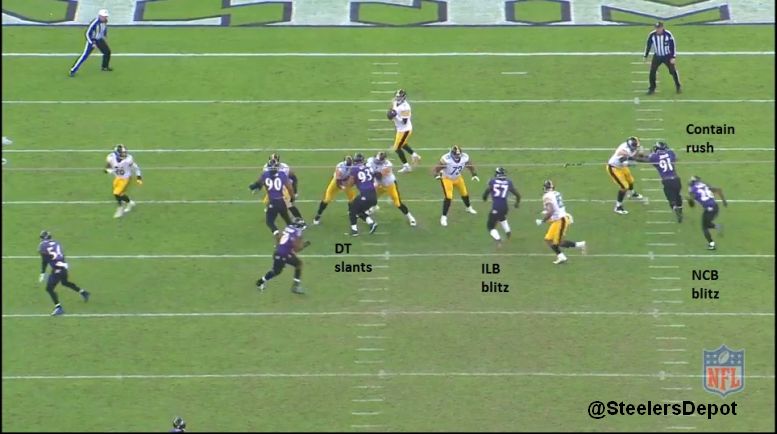 There’s no one to pick him up and he has a free shot at Roethlisberger, nearly getting shaken off but grabbing him by the ankle and taking him down.

It’s a nice design by the Ravens and defensive coordinator Dean Pees. Basically out of their amoeba defense, only one true DL (Judon is a hybrid guy) with it schemed up well. Hat tip to them.

I will say that it’s disappointing to see him free because of the tendency we talked about in Friday’s scouting report. Hindsight is 20/20 of course but here’s what I wrote about their blitz tendency.

“They can be an aggressive blitz team. They’ll blitz in any down/distance, 1st and 10, 3rd and 5, doesn’t matter. but watching them the last two weeks, most of their blitzes have come on the opponent’s 20-35.

They’ve run a nickel blitz from the field and boundary.”

This blitz came on the Steelers 20, so right in that range. Plus, Powers came once on an earlier 4th quarter drive but was picked up by Le’Veon Bell. So they had shown the look in the game.

I’ll tip my hat to the Ravens for a great call and execution but these are moments elite quarterbacks like Roethlisberger has to recoginize and be able to adjust to. Check for the blitz, and if it comes, look for the hot receiver. Doesn’t happen here.

Five block vs a three man rush. Ravens trying to keep everything in front, kill clock, and drop eight into coverage. Nothing opened downfield, especially in the red zone where the vertical concepts tighten up. 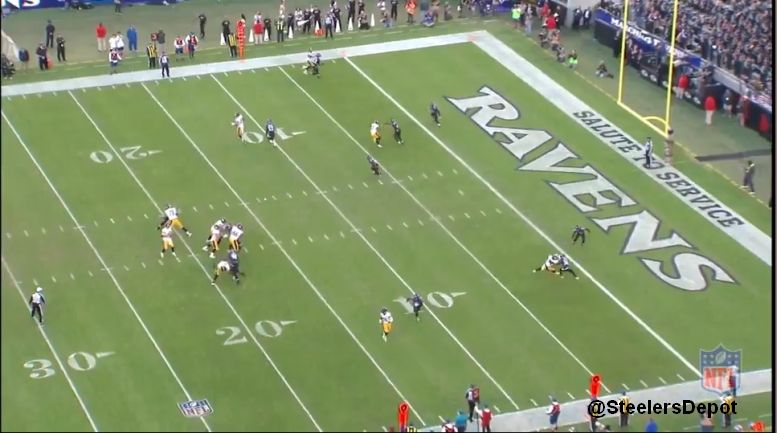 Still, in theory, Roethlisberger should have plenty of time. But Marcus Gilbert gets beat soundly by Judon, the rookie from Division II Grand Valley State, that allows the pressure and creates the sack.

Judon, to the left of your screen, uses a long-arm technique to create space versus Gilbert before punching with his inside hand to stun the tackle. I’m not sure if the punch was just that impactful or if they get their legs tangled up but Gilbert goes to the ground. 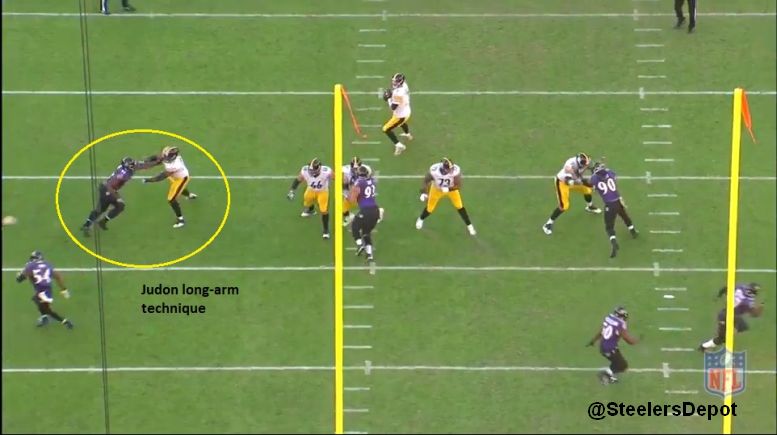 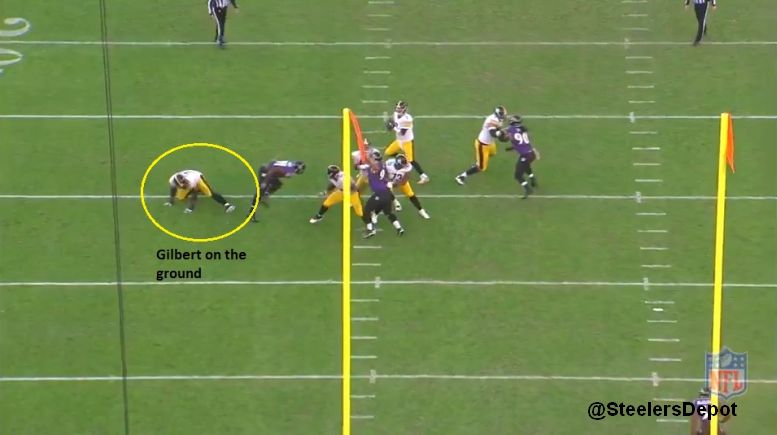 Judon gets up and has a free path to Ben, tugging on his jersey and dragging him down.