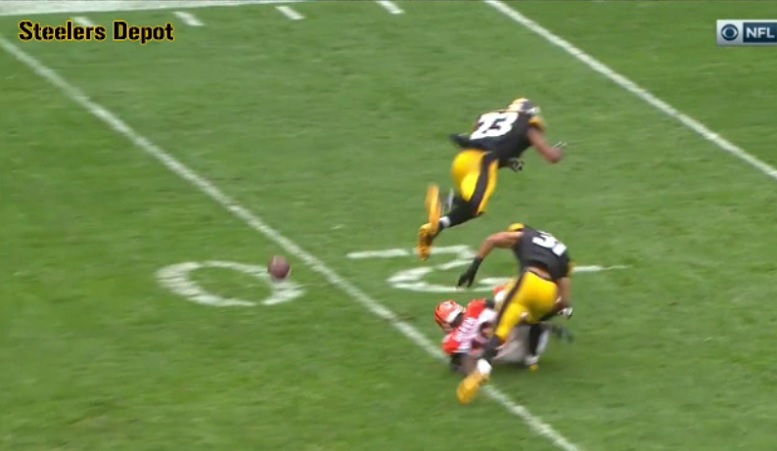 If you tick the clock back several weeks, you will get back to a time in which it looked like the Pittsburgh Steelers were poised to waltz through the 2016 season, getting off to a 4-1 start, with the only hiccup a minor disaster in Philadelphia.

But with victories over a division rival and opponents who look to be more quality than they initially appeared in Washington and Kansas City, the Steelers’ 4-1 start was legitimate. Now, after a four-game losing streak that coincided with a Ben Roethlisberger knee injury and his subsequent march back to health and to form, they are looking to find that again, and they are getting closer.

But it is really the weak AFC North crowd this 2016 season more than anything that is keeping the Steelers together this year. Consider the fact that they are now below the .500 mark with a 4-5 record—yet they are only a game behind the Baltimore Ravens for the division lead, and while they already have a game in hand over the Steelers, they have already gotten both of their layups against the Browns out of the way.

The Steelers still get to play the currently 0-10 Browns twice this season, and they are next on the docket in what should be their first win since October 9. And the Ravens get to play Dallas next, on the road, only to turn around and host the Bengals the week after. They could certainly lose both of those games, and then suddenly things are looking an awful lot different in the AFC North.

Baltimore is just 5-4 currently with two wins over the Browns. They are far from an unsurmountable foe, and if Roethlisberger had played even adequately for the first three quarters of the game, the Steelers would have probably easily been victorious. There is a great deal of optimism for what is shaping up to be a critical rematch on Christmas Day.

The Steelers are looking to get off a four-game losing streak. The Ravens only just got off of one of their own when they beat the Steelers a week ago. And they absolutely have another handful of losses in their future. They still have to go into New England. And Pittsburgh. And Cincinnati. And, as mentioned, Dallas. Those are four tough road games out of their final seven on their schedule.

As for the Bengals, it helps that the Steelers already have a game in hand over them, and that they showed that they can beat them. And that they will be able to beat him again. The Steelers are finally getting all hands on deck on both sides of the ball.

Even Bud Dupree may be back as early as the next game. Any injection of pass-rushing prowess, even simple athletic talent that can be schemed into the backfield, will be a significant boost. The Steelers weathered a four-game skid to open the 2013 season and ended up going 8-8 and just missing the playoffs. This year, they should finish one or two games above .500, and with the division title. That’s just the kind of year it’s been in the AFC North.