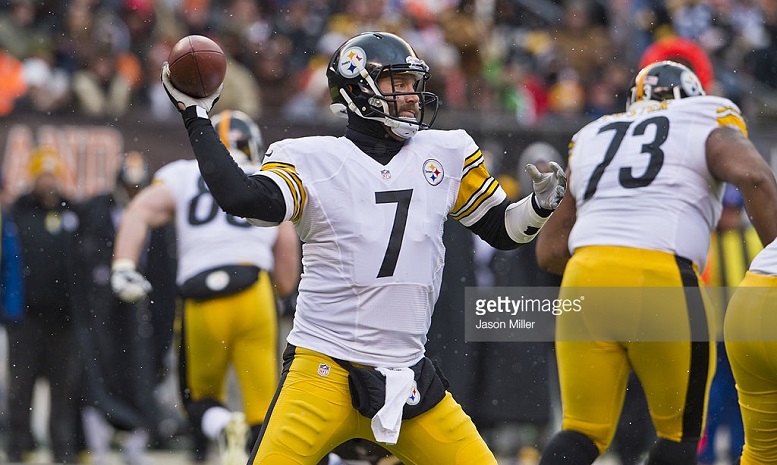 The Pittsburgh Steelers will play the Cleveland Browns Sunday on the road and that game figures to feature some snow and heavy winds.

According to the current Cleveland forecast for Sunday, there will be snow during the morning that will transition to snow showers during the afternoon. Winds are expected to be 25 to 35 mph and could occasionally gust over 50 mph. The high on Sunday is expected to be 39° and the chance of snow is 70%.

. @_BigBen7 will wear a glove in practice this week, anticipates wearing one Sunday in Cleveland because of wind to get spin on the ball.

Steelers quarterback Ben Roethlisberger is aware of what kind of weather he’ll likely be facing Sunday in Cleveland as he said Wednesday he will wear a glove because of the expected wind to help get a spin on the football, according to Teresa Varley of steelers.com.

With the winds expected to be strong on Sunday, the Steelers offense might need to lean on running back Le’Veon Bell heavily in addition to using a short, crisp passing attack.

The Steelers are currently favored by 7.5-points over the Browns at most online sites after initially opening as 8.5-point favorites.