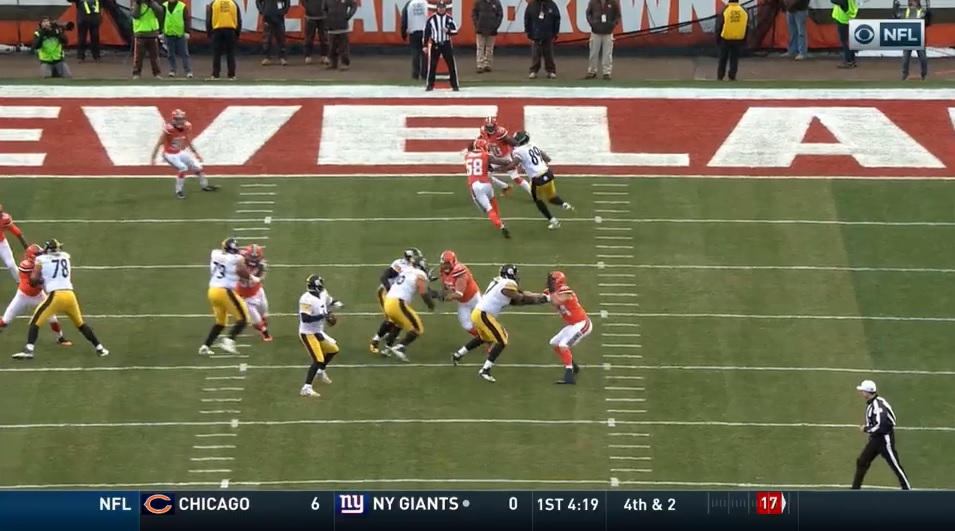 We all know Ben Roethlisberger has had a lot of success in Cleveland. But this stat makes it all the more alarming. And if you’re a Browns fan, downright depressing.

Roethlisberger’s ten wins at Browns’ First Energy Stadium is tied for the most by any quarterback. And not just opposing ones. Any quarterback, including ones from the home team. Today’s victory ties Big Ben with Derek Anderson, as first pointed out by Bill Voth.

Roethlisberger is now 10-2 all-time on the road against the Browns. He got his first win there during his rookie season in a sub-par stastical game, throwing for just 134 yards on 16 attempts. He’s certainly come a long way.

Courtesy our friends over at Pro Football Reference, here are the results of all his road games in Cleveland.

In his career, Roethlisberger has moved to 21-2 all-time against Cleveland, the most against any team. The Cincinnati Bengals are next on the list with 18. As you can tell, his two losses came in 2009 and 2014.

With the Browns still winless on the season, the last quarterback of the season to win a game for them, road or home, remains Johnny Manziel.

With it unlikely any quarterback will reach ten wins by their next meeting, Roethlisberger will have a chance to hold this record all by himself in 2017.