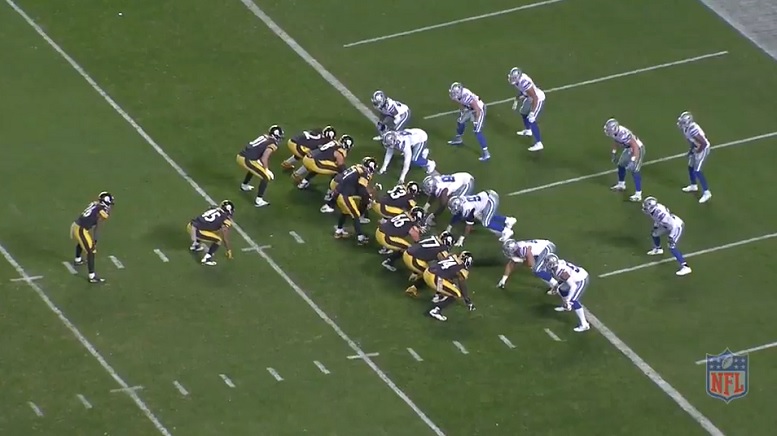 When the Pittsburgh Steelers play the Cleveland Browns Sunday, weather could be a factor in the game as snow and high winds are currently being forecasted in Cleveland. If that turns out to be the case, the Steelers offense might have to lean on their running game quite a bit. With that said, it’s not a given that we’ll see the Steelers offense use a fullback Sunday any more than they have done so far this season.

“I think it depends on what your game plan is, you’ve got to use a guy within the game plan,” said quarterback Ben Roethlisberger on Wednesday when asked if using a fullback more moving forward might help the running game. “You’re not just going to put a guy out there and put a fullback in just to run the ball every single time because sometimes our best runs are when we spread them out. That’s when you’re in Kings [personnel package] and you’ve got four wide receivers on the field, or three and a tight end. Running the ball like that is very effective now.”

Should the Steelers use a fullback more starting Sunday in Cleveland against the Browns, one could easily speculate that Roosevelt Nix would be the preferred choice. On Wednesday, Roethlisberger praised the former undrafted free agent fullback, who missed the team’s first five games due to a back injury and one other one due to him being a healthy scratch.

“We carry Rosie because Rosie does some pretty good things at fullback when we need him to do stuff,” said Roethlisberger. “He, in my opinion, helped get Le’Veon [Bell] in the end zone [against the Dallas Cowboys] more than anybody. He cleared out that hole and Le’Veon split it, so we’ll continue to use him as we see fit and I think we’ll use him more in the passing game, because he’s a really good receiver as well.”

While Nix is presumably fully healthy now, he’s only played 8 total offensive snaps in the three games that he’s dressed for so far this season as he’s been mostly seeing time on special teams. As for the Steelers other fullback option, David Johnson, while he has played 136 total offensive snaps so far the season, only 23 plays had he been lined up at the fullback position heading into Sunday’s loss to the Dallas Cowboys.

As Roethlisberger stated, the Steelers offense prefers to run the football when three or more wide receivers are on the field. The other times that they run usually includes two or more tight ends being on the field. In other words, we probably shouldn’t expect to see either Nix or Johnson lined up as a fullback much Sunday in Cleveland outside of the red zone even if the snow and strong winds have an impact on the game.

With the above said, the Steelers offense has struggled running the football in their last three games as Le’Veon Bell has only registered 170 rushing yards on 52 carries for a 3.27 average. That will need to improve Sunday in Cleveland with or without a fullback.

Ben Roethlisberger talks about Cameron Heyward, the offense scoring as much as possible and the team facing adversity. pic.twitter.com/5qSTV1Yn5y