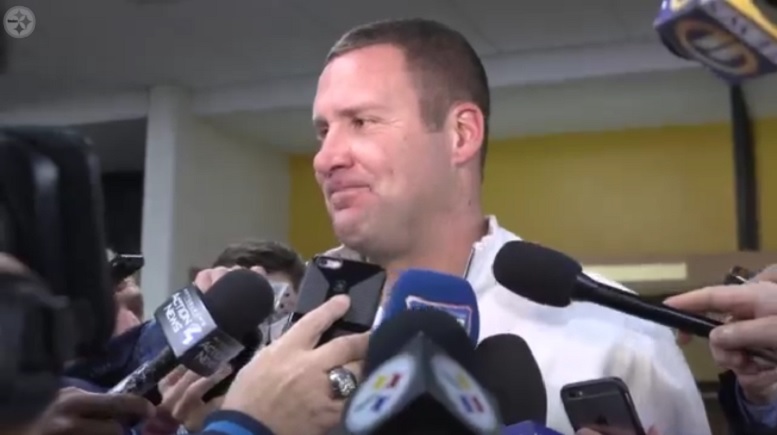 The Pittsburgh Steelers have now lost four games in a row and quarterback Ben Roethlisberger thinks he knows why that has happened.

“We need to be more disciplined and more accountable,” said Roethlisberger following Sunday’s loss to the Dallas Cowboys.

Roethlisberger would go on to use the words “disciplined” and “accountable” a few more times during his post-game session with the media so it’s clear he was trying to send a message. However, when pressed to respond to how the team goes about becoming more disciplined and accountable, Roethlisberger only had this to say.

“I don’t know,” said Roethlisberger. “Is it players, is it coaches? I don’t know, but we need to get there quick.”

One could easily speculate that Roethlisberger was talking about the defensive side of the football when it comes to players and coaches needing to be more disciplined and accountable. And especially being as he would go on to praise the play of wide receivers Cobi Hamilton and Eli Rogers in addition to tight end Ladarius Green, who made his 2016 debut Sunday, later in his media session.

The Steelers offense scored 30 points on Sunday which should have been enough to win the game. Additionally, that unit was only charged with one penalty during the game.
Make no mistake, while the Steelers offense certainly left points out on the field Sunday at home, Roethlisberger’s go-ahead touchdown pass to wide receiver Antonio Brown with 42 seconds left in the game had the team on the cusp of breaking their losing streak. However, the Steelers defense allowed the Cowboys offense to march right down the field 75 yards in just five plays and a fourth consecutive loss was successfully snatched from the jaws of victory in the process.

Roethlisberger made sure to fire one more shot at the team’s defense after being asked if he felt pretty good about having the lead with only 42 ticks on the clock remaining.

“I guess we left too much time,” Roethlisberger said with a smirk.

I’m sure we’ll hear Roethlisberger’s post-game soundbites all throughout the upcoming week and I suspect he’ll be asked to clarify his comments and message a little more during his weekly radio interview on Tuesday. However, short of saying publicly that the Steelers defense and coaches are the ones who need to be more accountable and disciplined moving forward, no extended clarification is really needed.