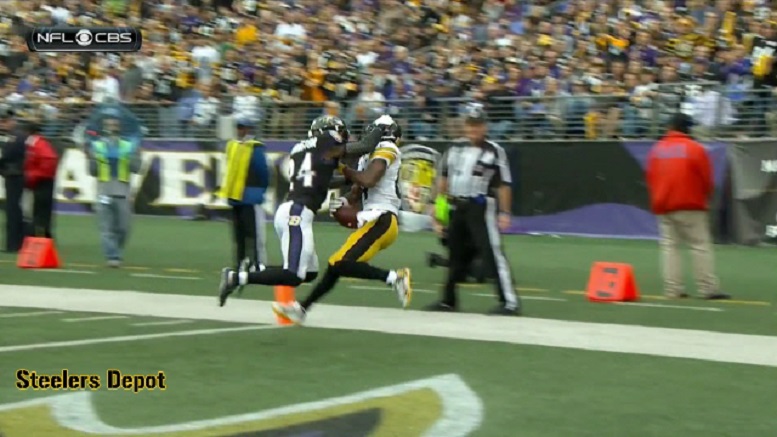 Since breaking into the league in 2011, Pittsburgh Steelers wide receiver Antonio Brown has played 33 regular season games against teams in the AFC North. While Brown has had his fair share of memorable highlights against the Cincinnati Bengals and Cleveland Browns, the Baltimore Ravens have proven to be a tougher challenge to the wide receiver. Out of all AFC North rivals, Browns’ lowest production has come against the Ravens, who will line up across from the Steelers on Sunday. 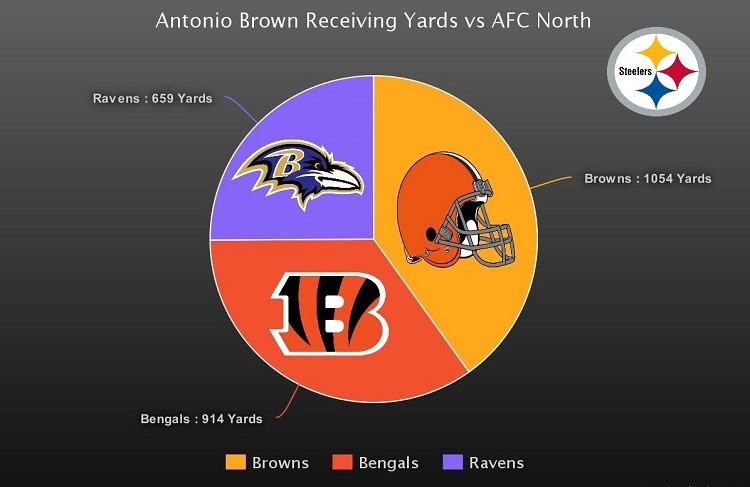 It is not just receiving yards that Brown has struggled in against the Ravens. Even when simplifying Brown’s average output versus the AFC North, you can begin to see how the Ravens have effectively put a cap on Brown’s performance on the field. Specifically, the Ravens have succeeded at eliminating his open field threat, just 11.56 Yards per Reception and red zone production, 1 sole touchdown.  Brown’s 58.2 Catch percentage versus the Ravens is also his lowest out of all teams he has faced at least three times.

So why has Brown seemed to struggle against the Ravens? One answer is cornerback Jimmy Smith, who has developed nicely for the Ravens and has had success against Brown lately. Another possible reason is that Brown has had to play without quarterback Ben Roethlisberger, who has missed three of Brown’s eleven games against the Ravens.

Three games may not seem like much but receiving passes from the likes of Bryon Leftwich (2012), Michael Vick (2015) and Charlie Batch (2010) instead of Roethlisberger is certainly enough to skew the numbers.

With Roethlisberger hopefully under center this Sunday, Brown will have a prime opportunity to bring his production against the Ravens back up to match other AFC North norms.