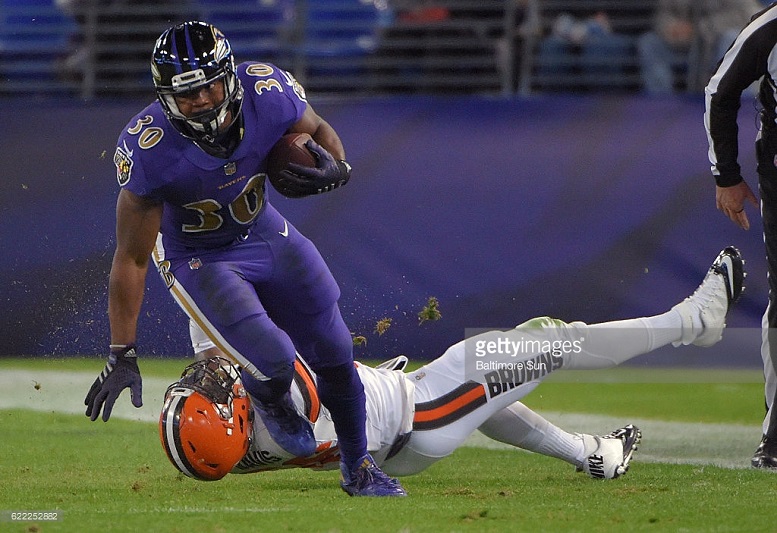 In the win, Ravens quarterback Joe Flacco completed 30 of his 41 total pass attempts for 296 yards with 3 touchdowns and 2 interceptions.

The Ravens trailed the Browns at halftime 7-6 thanks to Cleveland quarterback Cody Kessler connecting with tight end Seth DeValve for a 25-yard touchdown with 6:30 left in the second quarter. Kessler, however, was replaced by quarterback Josh McCown early in the second half after completing 11 of his 18 total pass attempts for 91 yards.

McCown, however, didn’t provide Browns head coach Hue Jackson the boost on offense that he was looking for as the veteran quarterback was 6 of 13 passing for 59 yards with 2 interceptions after replacing Kessler. The Browns also only registered 33 yards rushing against the Ravens defense.

Next up for the (5-4) Ravens will be the Dallas Cowboys, who will play the Pittsburgh Steelers Sunday at Heinz Field. As for the Browns, they will now start preparing to play the Steelers a week from Sunday in Cleveland.

Thanks to their Thursday night win over the Browns, the Ravens are guaranteed to exit Week 10 as the leaders of the AFC North division. Should the Steelers lose to the Cowboys on Sunday, the Ravens will have a two-game lead in the division over Pittsburgh.

In other Week 10 AFC North action, the Cincinnati Bengals will return from their bye week on Monday night to play the New York Giants on the road.