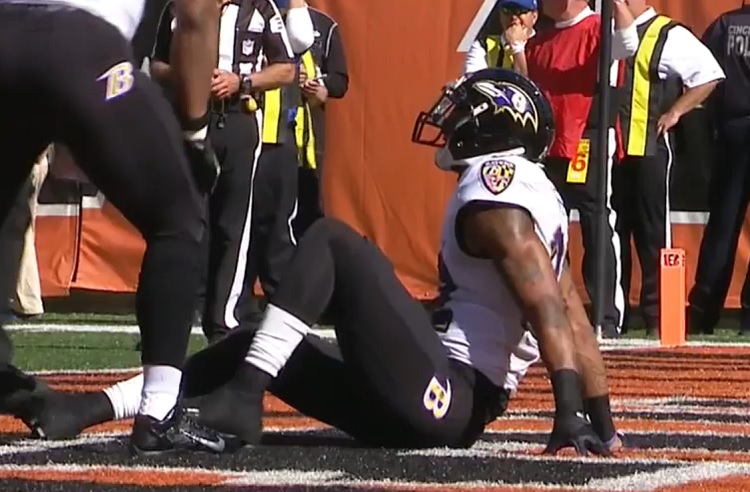 The Cincinnati Bengals are really just trying to breathe right now. While they have been struggling all season just to stay above water—as their record of just 3-6-1 attests to—today, they are venturing out for the first time after losing running back Giovani Bernard for the season, as well as All-Pro wide receiver A.J. Green for at least a few weeks.

But they will be going up today against a depleted Baltimore Ravens secondary that is expected once again to be without their top cornerback, former first-round draft pick Jimmy Smith, who is having a very good season when he is on the field.

And the thing is, while the Bengals have no real replacement for Green in the lineup—their top two receivers outside of him are rookie Tyler Boyd, a second-round draft pick, and Brandon LaFell, a veteran journeyman they signed in free agency—the Ravens really don’t have any clear one-for-one replacement for their loss, either.

In actuality, their second-best cornerback on the team may be rookie fourth-round draft pick Tavon Young, who played well against the Steelers a few weeks ago. He has started five games this year, recording 32 tackles with two interceptions and four passes defensed, and he has played the run surprisingly well in spite of the fact that he stands officially listed at just 5’9”, 177 pounds.

Baltimore entered the season with Shareece Wright in the starting lineup, but he has had an up and down season that has spent the majority of the time on the down side, which is why Young passed him on the depth chart. The Ravens are considering using slot cornerback Jerraud Powers, who has also played well recently, more on the outside in Smith’s absence.

The Bengals are desperately seeking a win. They have lost two in a row, and they tied the game before that. If they lose today to the Ravens, they pretty much puts them out of commission for the playoffs.

And no doubt the Steelers would certainly appreciate the opportunity to effectively eliminate one of their division rivals from playoff contention. But Pittsburgh has to be rooting for them today to knock off the Ravens, as the Steelers are right now in a heated battle with the Maryland team, which has a head-to-head game advantage.

Pittsburgh has already played this week, so they are the first in the clubhouse with a win at 6-5. The Ravens are looking to hold serve and reach 6-5 as well. If the Bengals could knock off Baltimore, that would strike a major blow for the Steelers without lifting a finger. It may come down to a battle of a depleted wide receiving corps versus a depleted secondary to decide.