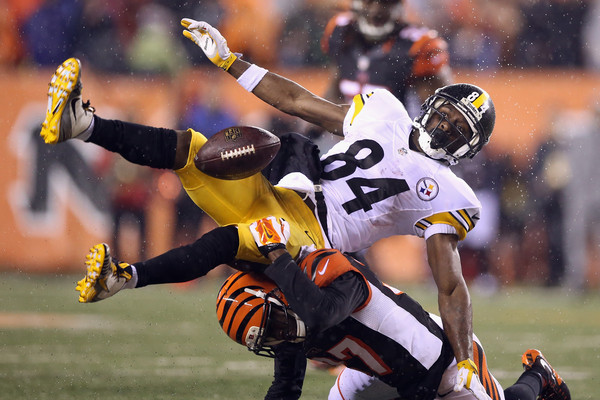 Well, it is Ravens week, and even the Pittsburgh Steelers have talked about needing to recommit to the rivalry, so in that spirit, we are going to stick with the theme in our AFC North coverage for the remainder of this chapter of the rivalry. And there was some Baltmore Ravens and AFC North news in general to report yesterday.

Earlier, the Bengals actually released cornerback Chris Lewis-Harris, who spent the early portions of the season working in the slot, and even recorded an interception. While he has dozens of games’ worth of experience on his NFL resume, he has not yet started a game.

Still, Cincinnati liked him, and he made the roster for a reason, but the Bengals have a deep secondary, and with William Jackson III eligible to return from injured reserve—plus the need to open up a roster spot to re-sign Wallace Gilberry—they waived the young defensive back.

And the Ravens swooped in to claim him, just in time, as they needed another cornerback. Veteran Will Davis, whom they traded for during the 2015 season, suffered a torn ACL. Yesterday, they released him in order to open up a roster spot to claim Lewis-Harris off waivers.

Given the injuries at the position that Baltimore is dealing with—starter Shareece Wright is listed as doubtful, and rookie Tavon Young is listed as questionable while he is dealing with a concussion—it is very possible that the new acquisition will even dress for the game against the Steelers on Sunday.

Between the three of them—Wright, Young, and Davis—they have seen a combined 775 snaps on defense. Only Jimmy Smith among the cornerbacks has played over 300 snaps this season, playing 389 snaps on the year, and he may spend the day shadowing Antonio Brown.

Despite the fact that the acquisition of Jerraud Powers was lauded by the team and their website late in the offseason, the veteran cornerback, who had his struggles last season, has only logged 115 snaps on defense this season, which ranks fourth within the group.

Given that they may be down two of their three players who have received the most playing time from the position, and also just lost out on Davis, there would seem to be a pretty obvious opportunity for Lewis-Harris to dress, and an outside shot—especially given that he has already played in the division in a game against the Steelers this season, as you can see above—to log a small amount of snaps on defense.

But whether he does or does not play, the Ravens have a good chance of being in a pretty vulnerable position at cornerback on Sunday if they need Powers to play a bigger role—and just to exacerbate matters, safety Lardarius Webb, who is of course a former cornerback, is doubtful to play as well.