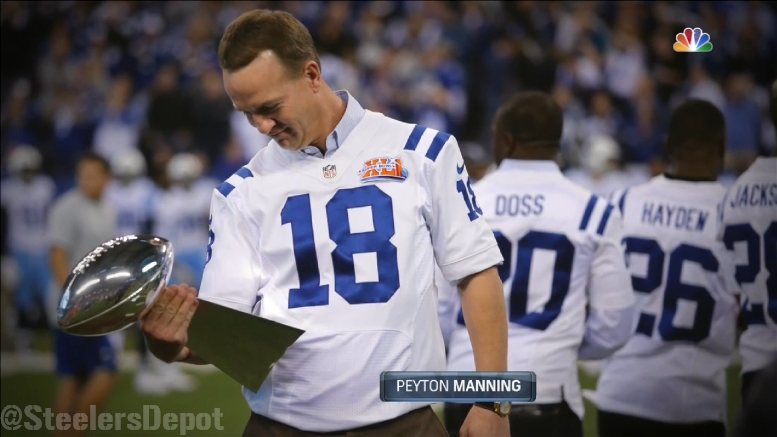 Peyton evidently got tired of his phone calls not being answered, so it took matters into his own hands and visited the New York Giants’ facility, where he paid his brother and the team a visit, and even talked a little football. According to Jordan Raanan for ESPN, he also provided Eli with “a few tips in the quarterback meeting room for how the Giants can attack the Pittsburgh Steelers’ defense this weekend”.

You might recall that Peyton Manning has played the Steelers a number of times over the years, most recently in the playoffs during the 2015 season, during which his Broncos were able to take Pittsburgh down in the final minutes of the game. It wasn’t exactly the performance of an offensive juggernaut, but he was on the downward slide of his career.

The last time before that that Manning faced the Steelers was in the season opener of the 2012 season, which was his first with the Broncos. Manning was very efficient in that game, leading Denver to a 31-19 victory, completing 19 of 26 passes for 253 yards and two touchdowns with no interceptions for a quarterback rating of 129.2.

So what exactly did Peyton provide his brother with about the Steelers? Eli wouldn’t go into great detail, beyond simply saying that “he gave some insight” about “some stuff that was successful”. Eli said that Peyton has “played Pittsburgh a lot over the years. Played them last year in the playoffs. So he just had a few tips or ideas that may fit into our system”.

Giants wide receiver Sterling Shepard also noted that Eli “wasn’t very talkative today”, with a smile. “I guess it was because big brother was in town”. The rookie wide receiver may want to be careful or he won’t find himself seeing many targets again this week.

Of course it figures that it would be the week the Giants face the Steelers that Peyton Manning decides to come visit his brother during the course of the season, arguably the only quarterback of this generation who was truly, essentially, his own offensive coordinator.

Eli hasn’t been having his best season, but he has improved lately. 12 of his 20 touchdown passes have come in November, for example, including three touchdown passes in his last game, which was New York’s eighth win of the season, over the Browns.