Welcome to a Steelers/Ravens gameday. Trash talk on the field.

Trash talk off it.

Mike Mitchell and Steve Smith have a, uh, rocky relationship. It was Smith who said Mitchell is on his “hit list” and today is the first meeting for those two since those comments.

Here’s a screenshot since I know some of you can’t get the picture to load. 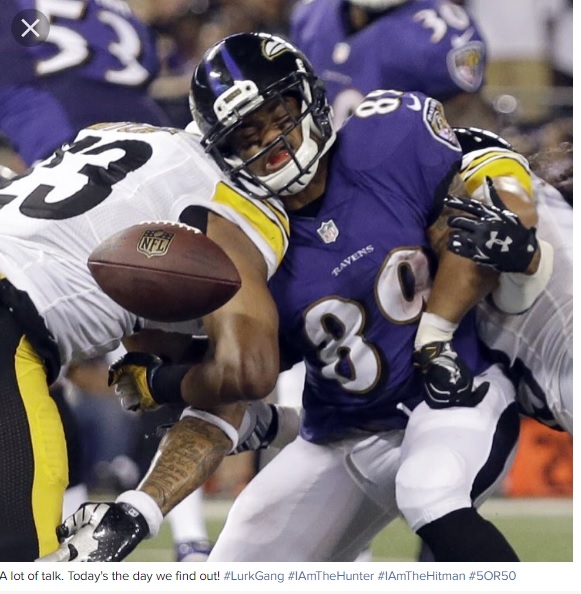 I’m not sure if Smith saw but I don’t think he’d be too happy with the photo and caption.

Both players are some of the most intense guys on the field and Smith is expected to play after missing the last month with an ankle injury. Mitchell is one of the biggest hitters on the field while Smith’s competitiveness and smack-talk is basically legendary. Now, we’ll get to see it all play out in a critical game for both teams in terms of AFC North standing and of course, bragging rights.

Let’s just hope Mitchell doesn’t go overboard and focus too much on letting Smith know he’s there. Dumb penalties can be costly in always-close games like these.

It’ll be one of the many story-within-the-stories that makes this rivalry so great.