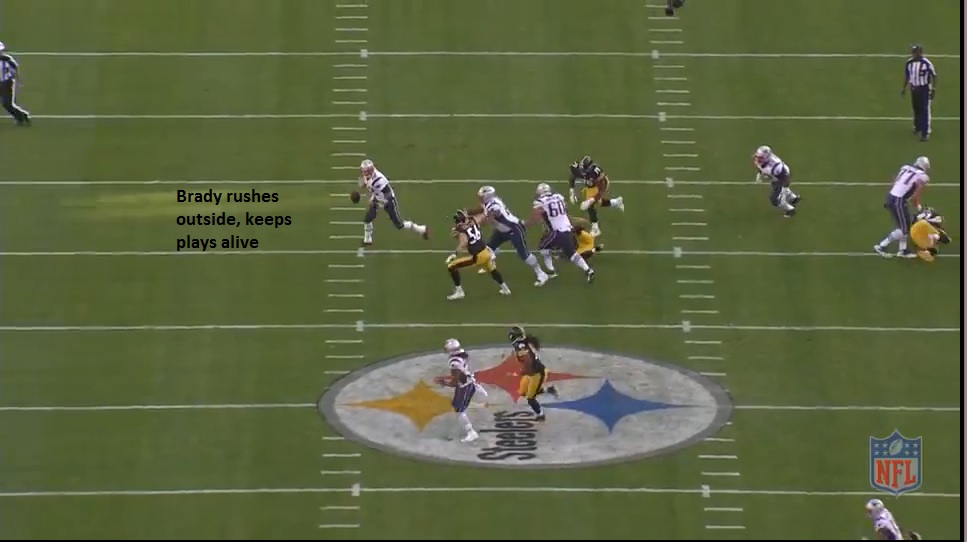 Everyone knows about Tom Brady the passer. But Tom Brady the…runner? That’s what the Steelers’ defense let him do early and often in the loss to the New England Patriots two weeks ago. Speaking to Missi Matthews, Keith Butler sounded pretty upset about that.

“The thing we gotta do is make sure we’re disciplined in our rush lanes too,” Butler told Matthews on this week’ Coordinator’s Corner. “We had several opportunities against the Patriots. And that’s kinda unusual because usually, Brady knows where he wants to go with the ball when he hits his backfoot. He usually throws it on time.

“This game he didn’t for a lot of reasons, we gave him a couple different coverage looks and stuff like that.We got to sack him when we do that. We had the opportunity to sack him several times. I think he ran for three first downs on third down. Tom Brady, dagum, he’s been around the league a long time. He shouldn’t be running the ball on us by any means. And that’s simply because we lost some discipline in our rush lanes. We gotta be better at it.”

We covered some of these issues in last week’s live stream/chat. We won’t rehash everything again but I grabbed two screenshots of different plays that showed some of these breakdowns, each coming on the Patriots’ second drive of the game.

On the first one, Anthony Chickillo fails to keep outside contain, sealing himself to the inside of the right tackle. It nullifies the interior pressure Javon Hargrave gets, flushing Brady to his right, but giving the escape lane for the quarterback. Brady keeps the play alive and hit James White near the right sideline for a 13 yard gain on first down, moving the sticks. 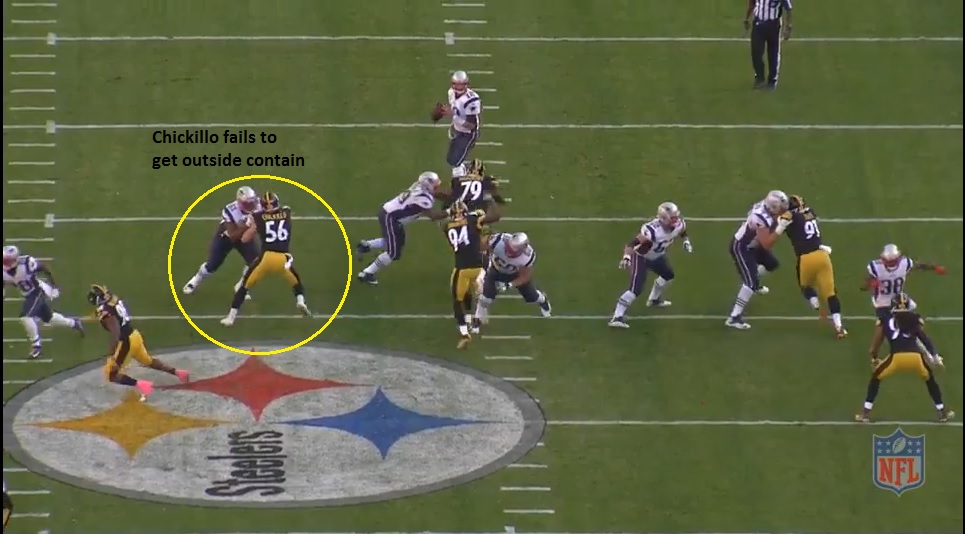 Here, Stephon Tuitt gets sealed by the left guard on this failed twist with Lawrence Timmons, creating a gap for Brady to step up and run to, picking up five yards on 3rd and 2. Three plays later, the Patriots found the end zone. 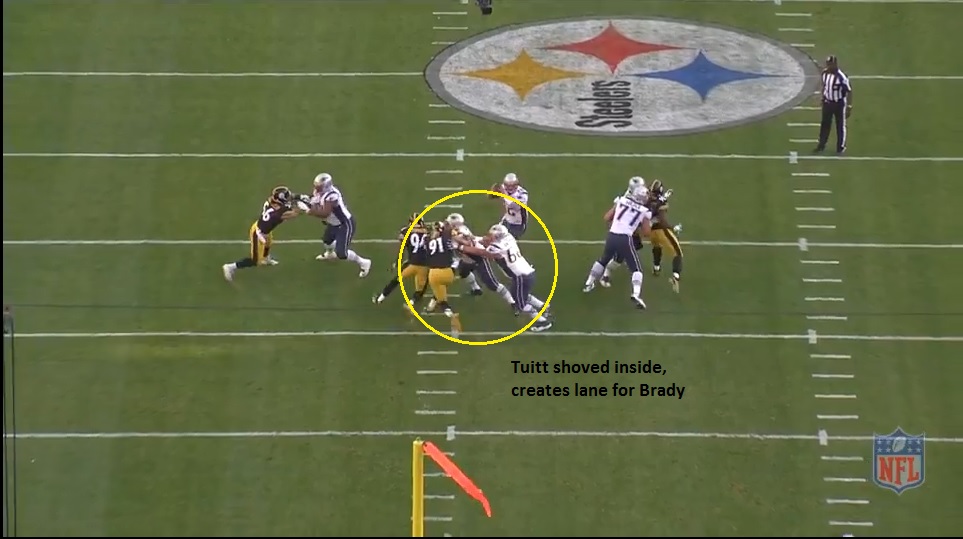 Those were two great opportunities to get off the field and rush contain issues squandered them each time. A common theme here is rushing only four, making it a lot tougher to cover every gap – it’s simple math – and yet another compelling reason to send five more often. More chances for pressure, sacks, turnovers, and better rush integrity.