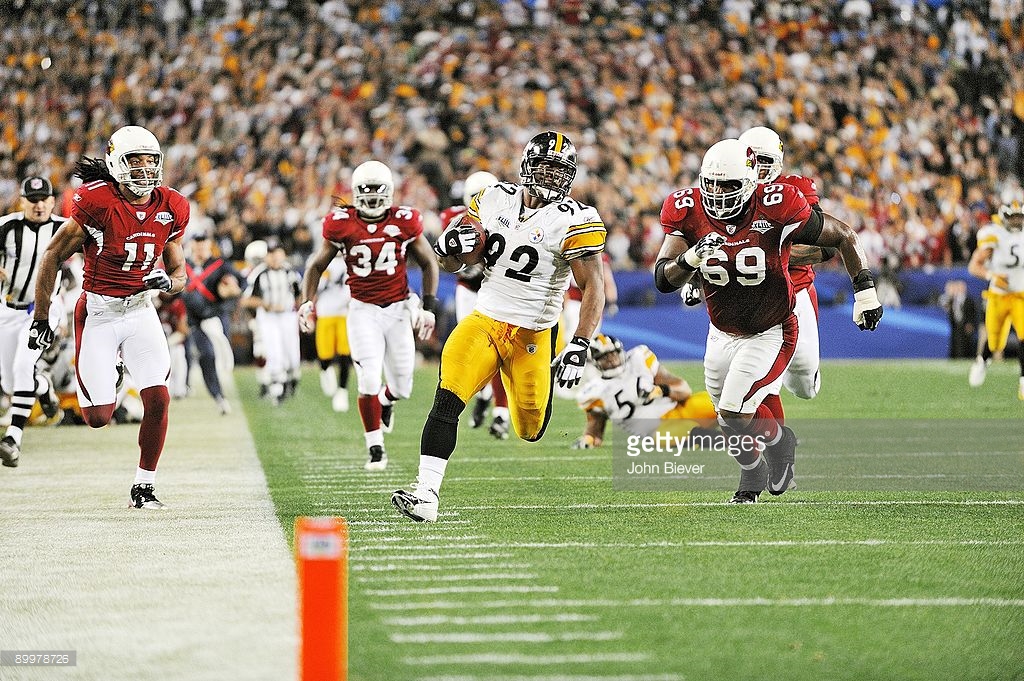 One of my favorite interviews each week is the gameday transcript of Steelers.com Bob Labriola’s conversation with Mike Tomlin. At a press conference, Tomlin is typically reserved, hyper-cliched, and frankly, kinda boring. But these interviews give a lot more interesting feedback.

Much of the conversation revolved around James Harrison, four days removed from becoming the Pittsburgh Steelers’ all-time sack leader. There are a lot of great stories in the interview, I absolutely implore you to read the whole conversation, but one particular answer stuck out.

Labriola asked Tomlin to take him through what he saw and experienced before, during, and after Harrison’s 100 yard interception return in Super Bowl 43 against the Arizona Cardinals.

Tomlin goes through the whole play with him. You probably know part of the story. Harrison was supposed to blitz, decided against it, and Kurt Warner through the football right to him. Several key blocks and some huffing and puffing from Harrison, he scores, and exhausted, lays out in the end zone.

Trainers and Tomlin came out to him immediately after, the half over and momentum all towards Pittsburgh.

“He scores, he’s laying flat on his back, and he’s not getting up. I go out there, the trainers go out there because he’s down. I get over to him, and I say, James. He looks up at me, and he says, ‘I’m tired, boss.’ (Laughs) In a James sort of way, that’s all he had to say. He’s flat on his back after just making one of the legendary plays in football history, and that’s what he said. ‘I’m tired, boss.’”

I’m tired, boss. If that isn’t the most James Harrison thing ever, I don’t know what is.

Steelers’ Nation is surely thankful for Harrison’s 77.5 career sacks in the Burgh. A couple more today wouldn’t hurt, either.