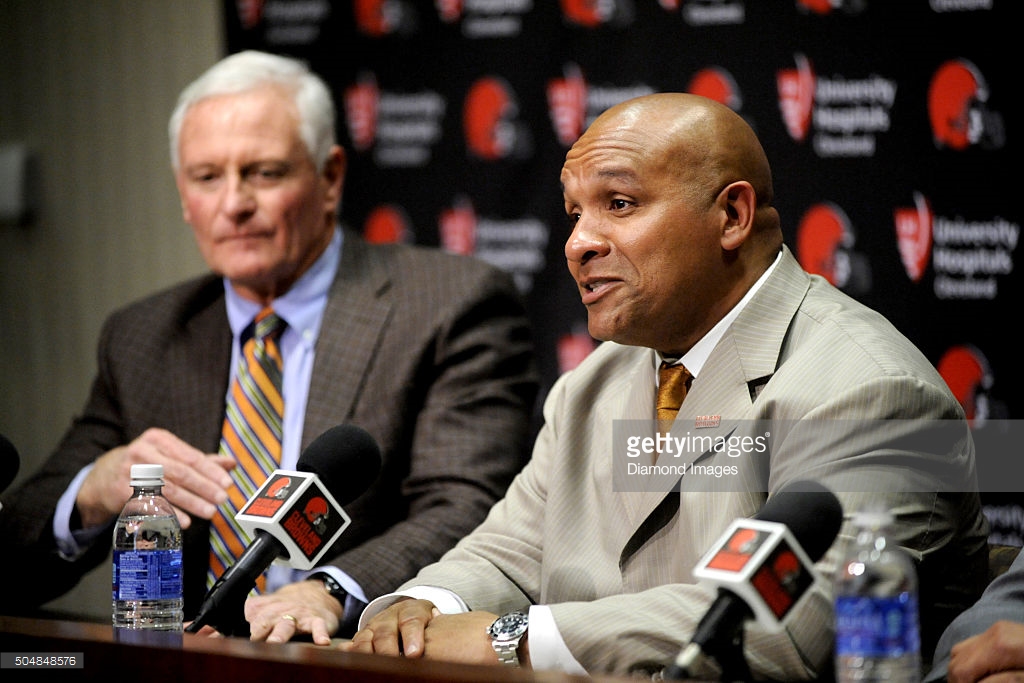 Right now, it is fair to say that looking through the AFC North, the only team that is under heavier fire than the Pittsburgh Steelers is the Cleveland Browns, and considering the relative expectations of each team, it is saying a lot for Cleveland to be under greater scrutiny when the Steelers are riding a four-game losing streak and are under .500 beyond the midway point of the season.

But when you are a new head coach and you get your team to a 0-10 start, which is the worst start in the history of the franchise, which extends back 66 seasons, then I would say that that qualifies as being pretty bad. Yet in spite of all of the misery and struggles, first-year Browns head coach is still committed to his vision of the team, and he believes that the front office and ownership are right there with him.

That ended up being a central point of focus during Cleveland’s post-game press conference following their loss to the division rival Ravens—also known as the Old Browns, for reasons that no doubt are known to those reading this site—and that is usually not a good sign.

Head Coach Hue Jackson was asked early on in his press conference about ensuring the fan base that they would not be sitting through another season like this next year, and why he might believe that 2017 won’t be like 2016.

Jackson gave the usual answer about growth and development and all that, but he also talked about his connection to the team and the bond of vision that he shares with the front office and ownership, in a way that suggested that that is the backbone behind everything that they are looking to accomplish and what they are doing, including through this season.

“I have a strong commitment to the Cleveland Browns”, he said. “First myself, I know Dee and Jimmy Haslam do, too. I know Sashi (Brown) and Paul (DePodesta) and AB (Andrew Berry), we all understand where we are, and it is disappointing”.

He went on, saying, “none of us want to be in this situation, and especially for our fans, we do not want that for them and our players, but this is where we are. This is our reality so we have to fight our way out of it. All I can say to our fans is hang with us”.

He was later asked specifically about the ownership and how they have responded to the season and have related to him throughout, and he said that they “have been outstanding. Obviously, they don’t like to lose, either, but I think they understand the plan and what we are trying to accomplish”.

It will be interesting to see how the offseason is handled in Cleveland. While they have built a reputation of regularly cleaning house, this last house cleaning, with relatively new ownership and a targeted head coach, and a new approach in the front office, seemed like one that they wanted to see through.