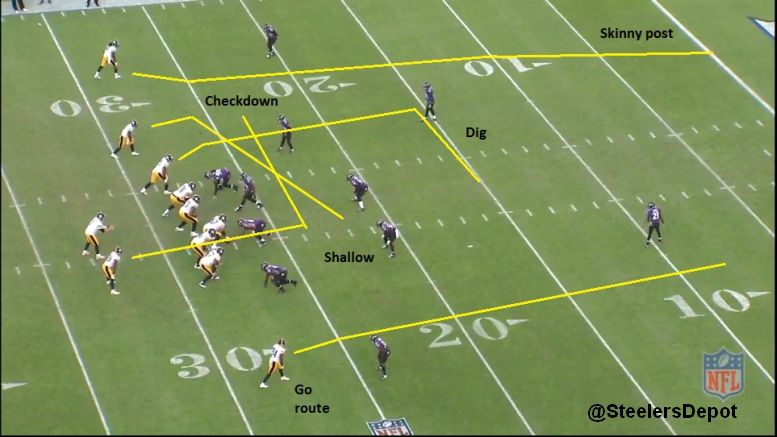 Real quick look at Sammie Coates’ fourth quarter drop that could’ve made the Baltimore Ravens’ loss way more interesting. It was a perfect playcall, great throw, and squandered by Coates.

To be clear, far from the main reason why the Pittsburgh Steelers lost. Coates didn’t get them into a three-score hole. But this didn’t help the comeback cause.

It’s 21-7 with about four minutes left. If Coates makes this catch, it’s 21-14 with the Steelers having all three timeouts. Instead, it’s a drop and the Steelers wind up turning the ball over on downs with about three minutes left, forced to burn their timeouts and get the ball back with a two-score deficit with just over two minutes left.

The playcall: it’s one we’ve covered before. 62 Indy Z Post. This is a call that has become a Haley favorite as a multi-level (horizontal/vertical) concept. It’s most often used in the red zone, as it’s shown in the 2006 Dallas Cowboys’ playbook when Haley served as passing game coordinator.

It was the playcall on Antonio Brown’s touchdown in the regular season meeting with the Denver Broncos in 2015.

Let’s look at it from the playbook. 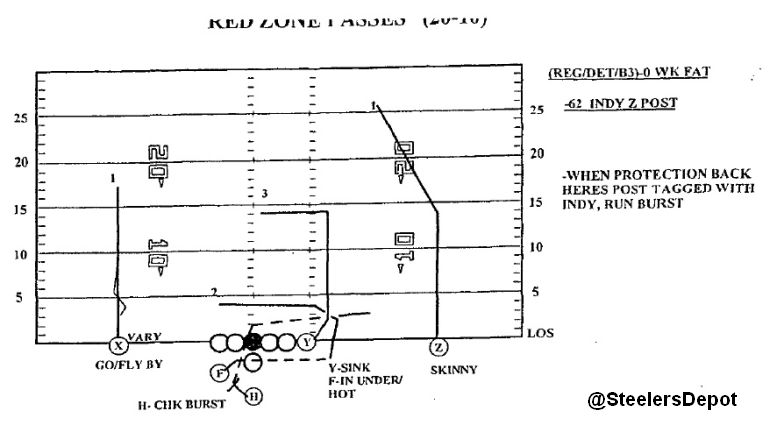 That’s what Haley calls from the Ravens’ 27 yard line. It’s drawn up exactly the way it looks above.

Xavier Grimble is on the dig route. It holds the deep half safety, worried about the vertical seam threat and then the dig, which allows Coates to get behind him on the skinny post. With the cornerback having outside leverage, which you get in two-deep looks, Coates is able to win inside and again, behind the safety. Now he’s open. 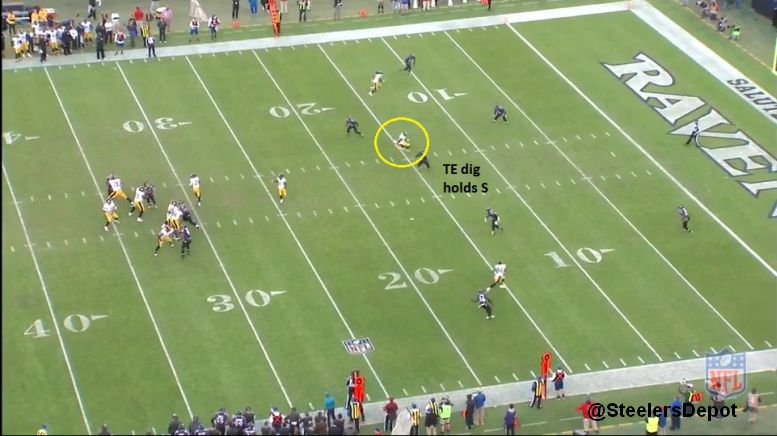 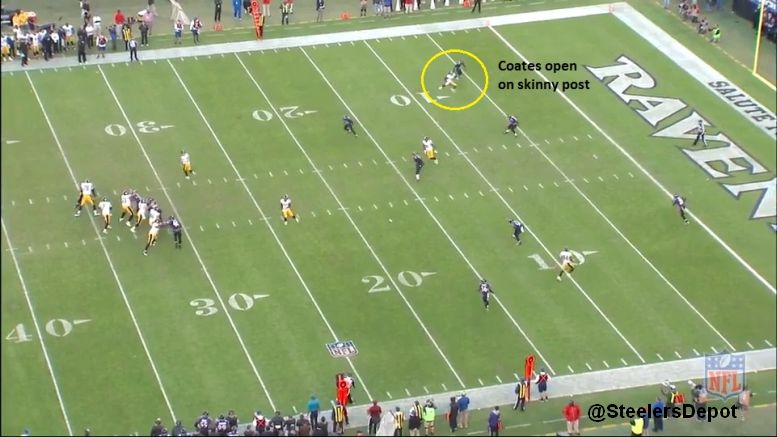 Ben Roethlisberger finds Coates’ on the skinny post. But the receiver is unable to come down with it, clanking off his hands, and falling incomplete. Again, it’s a missed chance and a couple plays later, the team turns the ball over on downs. Ravens’ ball. Ravens’ win.