I know it’s inconsequential. It’s the Pittsburgh Steelers’ version of Jermaine Kearse’s sensational Super Bowl catch. A captivating play immediately wiped out by what followed. For him, Russell Wilson’s interception. For Pittsburgh, giving the lead – and the game – right back to Dallas.

But man, it was an awesome play. And one worth breaking down before the All-22 is released.

The fake spike play is probably in everyone’s playbook. It was in, ironically enough as our reference point, the Cowboys’ playbook when Todd Haley was there. Listed under their “special situations” section, the fake spike was identified with a “Watch It” call.

Signals and verbiage change over time. So Pittsburgh’s signal wasn’t a verbal cue or pointing at his make-believe watch. It was an old favorite. Because when time is running out, you fall back on the classics.

It was Roethlisberger’s facemask grab that told Antonio Brown, get ready. It’s a little hard to tell, the camera pulls away just before he shows it, but you’ll also see it in the GIF at the bottom. 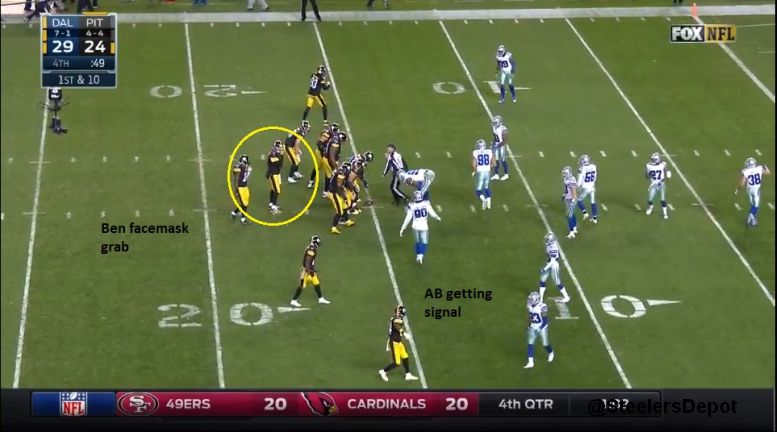 That’s their secret. Only Ben and Brown know it’s happening and hopefully, the defense is caught napping and doesn’t realize it either.

Roethlisberger also gave this thumbs up to presumably Brown, which may have been another indication. 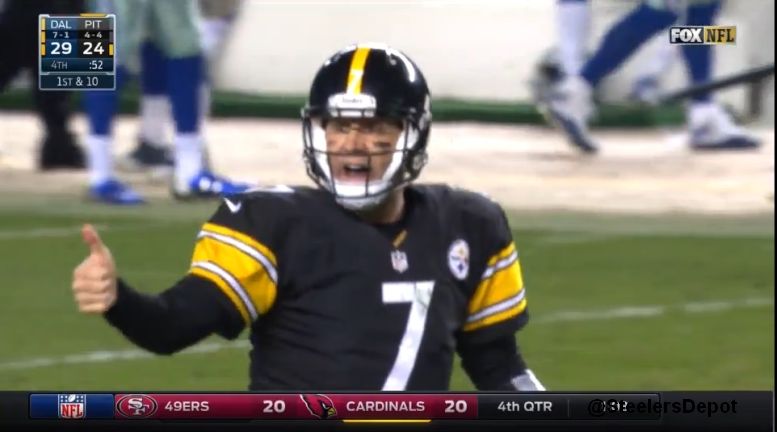 I bet Ben would’ve run this against anyone but the matchup is even tastier. The cornerback is Leon McFadden, a barely used player who was thrust into the nickel defense a few minutes prior following Orlando Scandrick’s injury.

So a great matchup, an unsuspecting situation, and great chemistry between quarterback and receiver.

Brown has an outside stem and runs a great route, swapping hips with McFadden, getting on top of the route, and catching a money throw from #7. 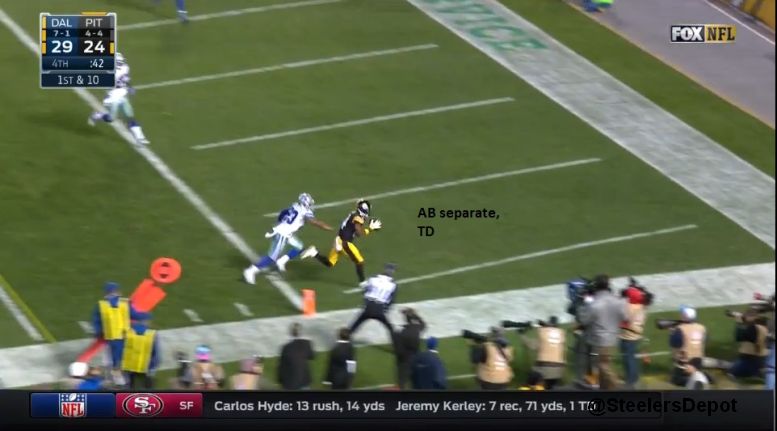 It’s too bad the defense couldn’t hold up. This would’ve made for a fantastic story. Instead, it’s a footnote.