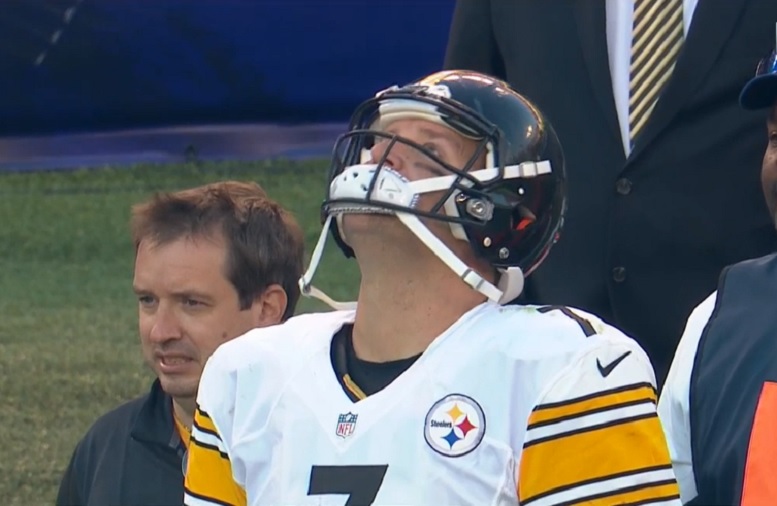 As many expected, Pittsburgh Steelers quarterback Ben Roethlisberger struggled in his first game back from injury in Sunday’s loss at Baltimore. Roethlisberger completed just 51% of his passes for 264 yards alongside 1 passing touchdown and 1 interception. With the Steelers now losers of three in a row and sitting at 4-4, many have begun to become uneasy as they wonder just how long it will take Roethlisberger to shed his struggles.

It would be truly remarkable if Roethlisberger is able to piece together a high-caliber performance this Sunday against the Dallas Cowboys, unfortunately history is not on his side. Dave Bryan covered Roethlisberger’s struggles in his second game back from injury earlier this week here. 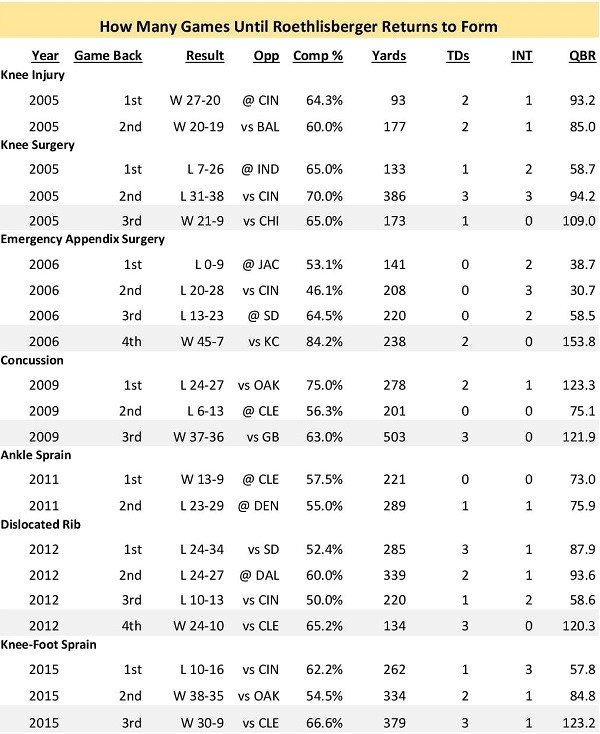 The table also allows an opportunity to filter based on injury type which can give an easier outlook on judging Roethlisberger struggles moving forward. With Roethlisberger recovering from meniscus surgery this season, a look at all knee injuries in the table can give us a better guess on Roethlisberger’s progress.

Roethlisberger’s return from knee surgery in 2005 and knee injury last season both have Roethlisberger returning to form during his third game back from injury. This data would mean that a return to form for Roethlisberger against the Cowboys this Sunday is unlikely but is highly probable next Sunday when facing the currently winless Cleveland Browns.