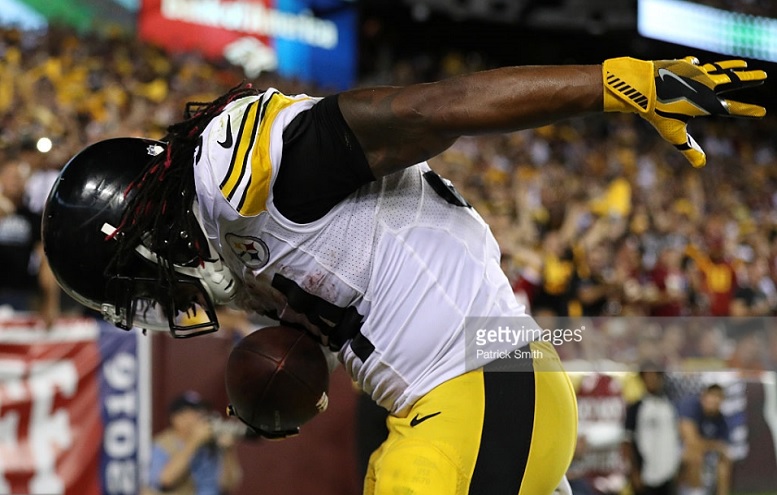 The Pittsburgh Steelers won’t have running back DeAngelo Williams for Sunday’s home game against the Dallas Cowboys as the veteran was ruled out on Friday’s injury report after undergoing a surgical procedure on one of his knees earlier this week.

While Williams might ultimately miss the Steelers next few games, to hear head coach Mike Tomlin talk, the running back likely hasn’t played his last down in Pittsburgh this season.

“He got his knee scoped. We’re going to let it calm down, and we’ll evaluate him at the top of next week and see what his availability might be for next week,” Tomlin told Bob Labriola of steelers.com. “It’s definitely not something that’s going to have him out for an extended, extended period of time. It’s more of a week by week analysis at this point.”

Williams, who has been bothered by his knee problem for the last several weeks, has carried the football 75 times for 276 yards and 3 touchdowns so far this season in addition to catching 15 passes for another 91 yards and a score. In the Steelers loss to the Baltimore Ravens last Sunday, he only carried the football once for one yard.

With Williams sidelined for the time being, running back Fitzgerald Toussaint will back-up starter Le’Veon Bell. Heading into Sundays game against the Cowboys, Toussaint has just one carry on the season for 9 yards.

As Tomlin indicated, Williams will be evaluated again at the beginning of next week and the head coach will likely discuss the running back’s future status a little more when he meets with the media on Tuesday.