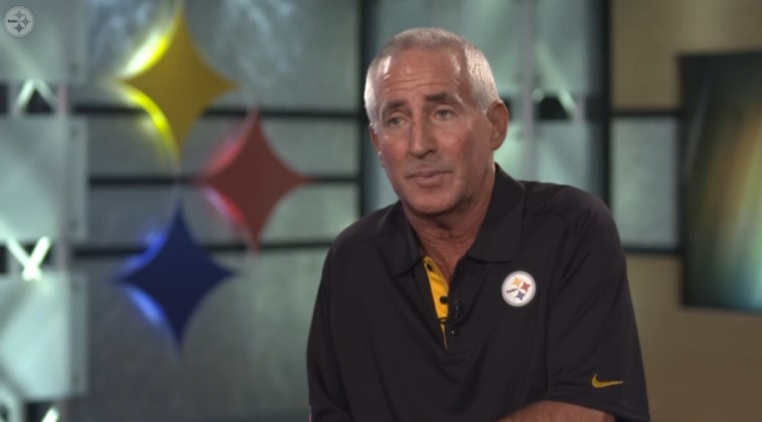 We’ve reached the rare and uncomfortable point of having a legitimate conversation over a coaches job security. I know many of you want this to be about Mike Tomlin or Todd Haley but that isn’t the focal point today. Instead, we’re going to start lower on the rung, where changes usually happen, with special teams coach Danny Smith.

If you’ve read the site, then you already know. I’m a big fan of Smith. I think in his overall tenure, he’s done a nice job in Pittsburgh. We’ll get into why throughout this post. But when you have a team like Pittsburgh on a three-game losing streak and now fallen into the muddy mess that is the AFC North, seeing a shakeup isn’t out of the question. I know some of you would like to blow the whole thing up.

So we are going to examine the question today. The pros, the cons, and everything inbetween.

Why Smith Should/Will Be Kept

That’s the biggest reason, even if you’re someone who is deadset on letting him go. You have to think about who the next man up is, even with coaches. Special teams is difficult because it is so separate from the rest. Not a lot of coaches have ever held the job; it’s different than promoting a quarterbacks coach to be the offensive coordinator (like Jacksonville just did). Who do you promote from within?

There is no one on the staff with a special teams background. The Steelers don’t even have a defensive assistant like they do on offense and Shaun Sarrett or used to have with Amos Jones/Lou Spanos.

Jerry Olsavsky would be my best guess if you made me name a replacement but there’s no background of him ever having a job in that capacity. None of them have enough knowledge about kicking, punting, and snapping technique ot match with the 20+ years Smith has been doing this. The knowledge to scout, to self-scout, and to look for the subtle differences that create tendencies.

It’s like making a chef a farmer. Sorta similar but still radically different roles. All you’d do is compound the problem and certainly not help it.

2. Smith is a knowledgeable coach who has done a lot of good.

Recency bias might make this argument tough but Smith overall, has done well in Pittsburgh. The coverage units have been excellent, the punt return has offered some splash, Chris Boswell was found, Jordan Berry developed, and the field goal unit is good for a block a year.

We usually get caught up in just return averages as the determining factor of how “good” a coach is. But special teams runs much deeper than that and by overall measures, Smith has done well.

He is also someone who seems to genuinely care about his players. He sounded legitimately upset when Roosevelt Nix was done for the year in 2015 and just gushed about Darrius Heyward-Bey (and probably equally crushed if DHB’s season is truly over).

Caring about your players does not mean you are a good coach or get to keep your job. But it’s building strong relationships and creating confidence and trust with player and coach. That’s important. Getting players to buy into the system and thrive doing the dirty work special teams requires. I don’t see any evidence this unit has quit on their coach.

3. There are individual problems.

It’s a chicken or egg argument but inarguably, some of the issues, like a missed tackle or Shamarko Thomas’ roughing the kicker penalty aren’t so much on Smith. Some of it is on the other positional coaches, some of it is on the individual themselves. And I think you look to explore all personnel possibilities before moving onto coaches.

Why Smith Should/Could Get Fired

1. Sometimes, you need a scapegoat.

The NFL could just as aptly stand for the Not Fair League. Coaches get fired all the time and it’s often not totally their fault. But part of the requirement to “shake things up” and maybe send a loud and clear message to the rest of the coaching staff and locker room. With Smith being lower on the ladder than say, Haley, sometimes that’s how things shake up.

Al Everest was fired by Tomlin right before the season. So the change has happened before with little notice.

Maybe the worst collective outcome Smith has ever coached in Pittsburgh. Four special teams penalties, one of which was directly Smith’s fault. The 12 men on the field that gave Justin Tucker a 49 yard attempt instead of 54, a huge difference. That’s squarely on the coach. There were other times throughout the game where players were late getting on the field.

I know it’s a road game but it’s….Baltimore. They’re not in London. It’s familiar territory. If there’s a game to fire a coach, it’s one like that. Undisciplined as you can have.

3. The kick return game has been stagnant.

And it’s hardly changed under Smith. It is the one weak spot of this group so if you want to pick out one area, it’s here. Is that good enough to get him fired? Probably not. But it’s an area of improvement.

Regardless if you think he should be fired, I find it unlikely to happen mid-season. After the year, maybe, but with no one to fill his role now, it seems like firing Smith would be compounding the problem. He’ll get the next eight games to figure things out.