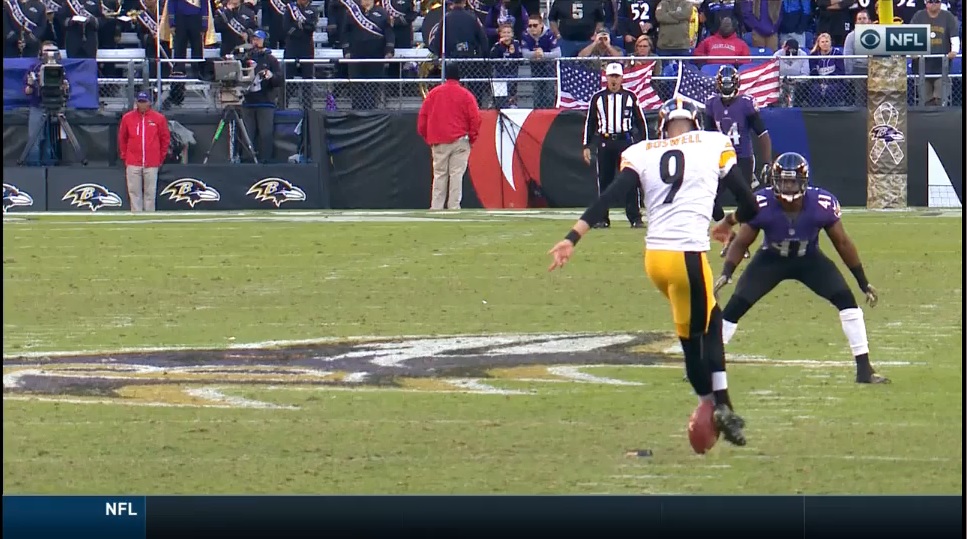 He went into more detail and explained the rational in an intelligent manner but might have gotten carried away with such a guarantee.

Speaking with Bob Labriola on this week’s Coordinator’s Corner, Smith said had Boswell been able to execute, “believe me, it would’ve worked.”

Smith explained they have been practicing that type of kick for weeks. Given its success during the week and the look they had from the Baltimore Ravens, they were confident it would be successful.

Specifically, he said Boswell had probably practiced it “30 to 40” times in the past three weeks.

Everything they wanted. Except for one thing – the kick. Boswell banged it off his foot, sending the ball a grand total of two feet, and ending the chance. And it’ll be tough to attempt it again now that it’s on tape for the 31 other special teams’ coaches to see.

Smith echoed what Mike Tomlin said about the need to execute in big moments.

“It’s execution under pressure, to be quite honest with you. You need to do that. That’s what separates pro players…you gotta execute under pressure and we didn’t on that play.