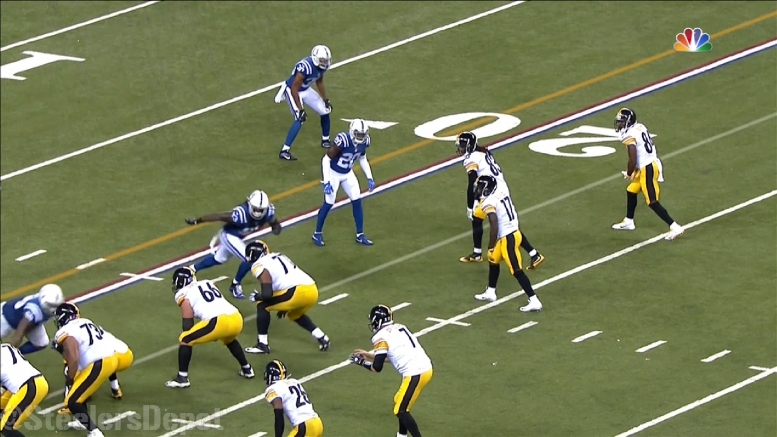 The Pittsburgh Steelers do not have a number two wide receiver right now—at least not a wide receiver that is currently able to fill that role in the manner that would be expected of it. I think that much is obvious, and is well known by more or less the entire fan base.

What else do they have behind him? Well, there is Sammie Coates, who should be their number two wide receiver, but is physically unable to be right now, as he is continuing to attempt to play through a “busted hand”, in his own words, which includes at least two broken fingers.

During the broadcast on Thanksgiving, Al Michaels even said something to the effect that he was told that Coates is only even able to catch the ball a certain way—over the shoulder—because of the way that his hands are—although that evidently does not preclude him from tackling people on special teams.

What else do they have? Cobi Hamilton and Eli Rogers. Literally, that’s the rest of it. Markus Wheaton is on injured reserve and Darrius Heyward-Bey does not exactly seem on his way to an imminent return from a foot injury that he suffered weeks ago.

Operating with a receiving unit of Antonio Brown, Cobi Hamilton, and Eli Rogers just isn’t all that good, no matter how excellent Brown is. Rogers is a competent slot receiver, but he seems to disappear, or the offense simply forgets about him, for long stretches of time. He has also dropped some balls, and his ability to gain yards after the catch has been inconsistent.

Hamilton made an excellent sixth wide receiver on the depth chart. He would probably be a pretty decent number four guy, the way that Heyward-Bey is seen. But he is not a starter. There is a reason that he has barely played in his league, and it wasn’t just because he kept getting overlooked by anybody.

He is not a starter, and he is not going to perform like a starter by giving him starter snaps. He has made some plays, but there have been plays he has left out there as well. He has not been making a lot of the ‘combat catches’ that help out his quarterback, and that is what is needed.

Unfortunately, there really isn’t an answer to this problem, other than, as Alex Kozora will tackle later on today, beyond getting Coates back healthy. He is the only player the Steelers have that has the talent to be the complement to Antonio Brown on a championship-worthy offense. What they have going for them right now is just not enough.