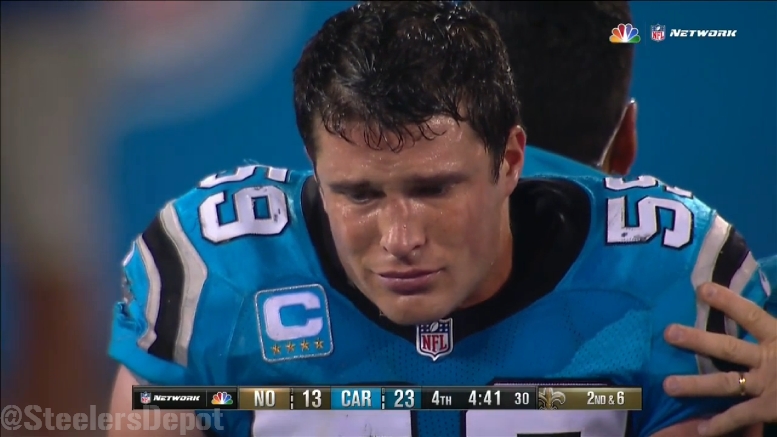 Those who have been following this site for some time now are probably aware that I have been following the literature on concussions research in the sporting world for a while, and have written several articles on the topic from a variety of different perspectives. Concussion research is something that I take very seriously, and I think that any lover of the game of football should concern themselves with the topic as well.

That is why I was very pleased with the recent announcement by the Pittsburgh Steelers about the founding of the Chuck Noll Foundation for Brain Injury Research, of which the team has pledged $1 million in order to jumpstart the funding.

For those of you who are unaware, Steelers site journalist Bob Labriola writes that Noll was one of the leading voices in the game when it comes to trying to understand concussions, writing that he “was a champion of the cause among the fraternity of NFL coaches”.

Among the board of directors is former Steelers running back Merril Hoge, who ultimately retired due to the concussions that he suffered during his playing career. He talked about how important Noll was to him both on and off the field, and how important he was to the evolution of the view of concussions in the game.

“Cognitive testing came about because he thought outside the box”, Hoge said. But he isn’t the only former athlete involved here. There is also Dr. Regis Haid, who joins the more well-known names of Dr. Julian Bailes and Dr. Joseph Maroon as members of the medical advisory panel.

Haid was an accomplished rugby player and was at one point even invited to try out for the US national team. He, too, like Hoge, suffered concussions during his playing career, and he has children also in sports, so he understands the issue from a variety of points of view.

“I love sports”, he said. “How do we change the rules? Or do we change the rules to protect the players, and still maintain the integrity of the game? And frankly, I love the violence of the game”. “I’ve got a plate in my neck”, he added. “Injury is part and parcel of the game. It’s going to happen, but I want to ensure how to treat, evaluate, and protect our players as much as possible”.

The Chuck Noll Foundation is intended to provide funding for a variety of research proposals relating to concussions, from diagnosis to treatment to prevention. Coupled with fundraising events that will help to fuel a continuous stream of grants for promising research proposals, the Foundation will also partner with other groups with the aim of furthering the understanding and treatment of concussions.

Concussion issues are not going to go away, and they are going to only continue to become higher and higher profile, from the top of the game to the bottom. Parents are going to make decisions for their children with concussions on their mind. Just a couple days after seeing Luke Kuechly tearing up on the field after suffering an apparent concussion, everybody should understand how significant this is.