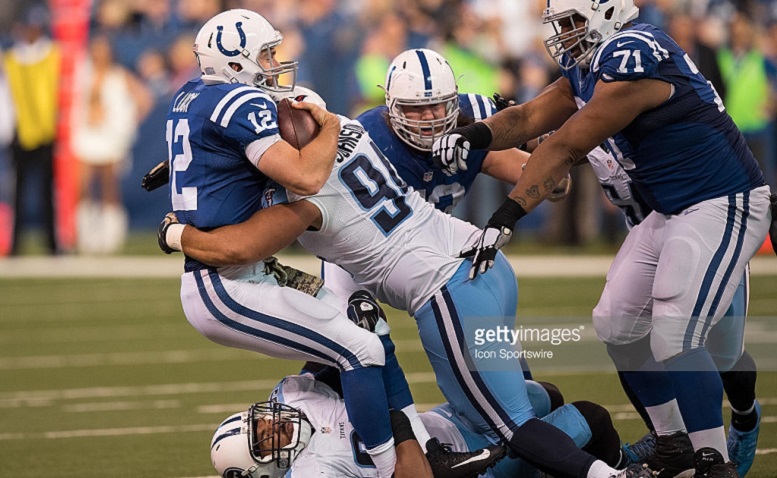 The Pittsburgh Steelers will play the Indianapolis Colts Thursday night and as of right now, their quarterback Andrew Luck is very questionable to play in that game.

During his Monday press conference, Colts head coach Chuck Pagano indicated that luck and safety Clayton Geathers are currently in the concussion protocol.

Luck apparently suffered his injury sometime in the fourth quarter of the Colts Sunday win over the Tennessee Titans.

Being as it is a short week, it will be interesting to see if Luck can clear concussion protocol by Thursday. If unable to play against the Steelers, Scott Tolzien would start at quarterback for the Colts.

Luck missed last year’s game against the Steelers due to a laceration in one of his kidneys and a partial tear of an abdominal muscle.

In the Colts Sunday win over the Titans, Luck completed just 15 of his 28 pass attempts in the game for 262 yards with 2 touchdowns and 1 interception. He was sacked two times in the game and ran 8 times for 22 yards.

Luck has already been sacked 35 times so far this season in the 10 games that he’s started and played in.

Tolzien last started a game in 2013 with the Green Bay Packers. He threw one touchdown pass and 5 interceptions in 90 attempts in 3 games played in.

I believe this is the play that led to Luck's concussion. Watch his head hit the turf. pic.twitter.com/h1bW4n8DlV