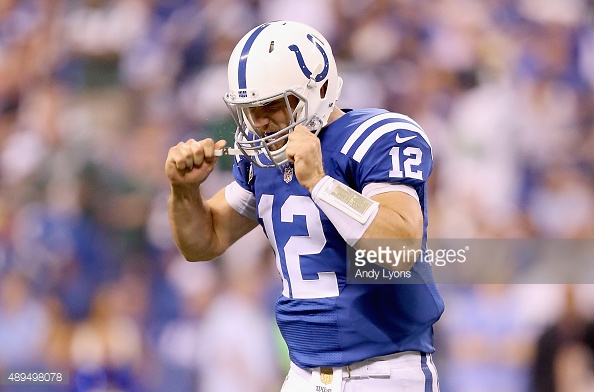 We’ll get the official injury report later today but it seems like there is no chance quarterback Andrew Luck suits up for the Indianapolis Colts on Thanksgiving night.

Per beat writer Zak Keefer of the Indy Star, Luck was not seen at today’s final practice.

No sign of Andrew Luck at the start of #Colts final practice of the week.

Luck has been in concussion protocol from a hit he took in Sunday’s win against the Tennessee Titans. Given the short week and the multiple steps needed to pass concussion protocol, there simply doesn’t look like time is on his side to get clearance in 48 hours.

If Luck is out, Scott Tolzien will start in his place. He’s attempted 90 passes in his career, almost all coming in 2013, when he made two starts for the Green Bay Packers. He completed just 61.7% of his passes, threw a lone touchdown, and was picked off five times.

He’s yet to throw a regular season pass for the Colts.

Bottom line: it all bodes well for the Steelers on Thursday. That, of course, still far from guarantees a win.