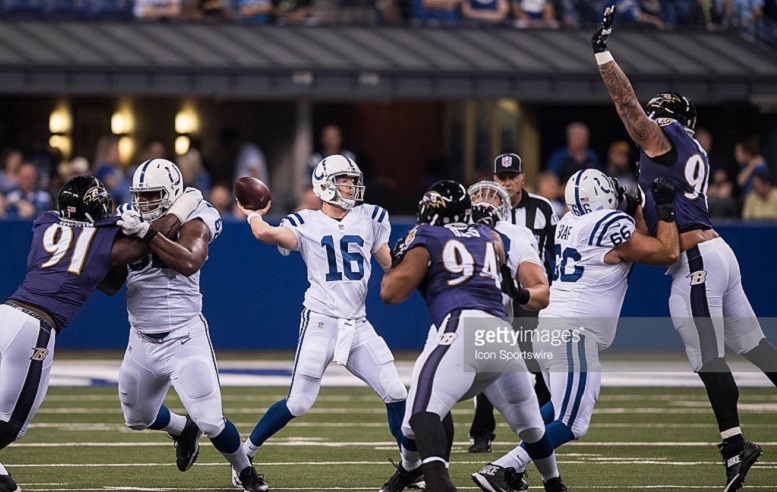 The Pittsburgh Steelers will play Thursday night on the road against the Indianapolis Colts, who will likely be without the services of their starting quarterback Andrew Luck, who’s expected to miss the game due to a concussion. With Luck doubtful for that game, quite a few Steelers fans are probably wanting to know more about his potential replacement, Scott Tolzien.

Tolzien entered the NFL in 2011 as an undrafted free agent out of Wisconsin with the San Diego Chargers and after failing to make their final 53-man roster that season, he was waived and ultimately claimed by the San Francisco 49ers.  He spent his first two seasons in the league with the 49ers as their No. 3 quarterback and failed to see any action in a regular season game during that span.

After being waived by the 49ers prior to the start of the 2013 season, the Green Bay Packers signed him to their practice squad. Later that season, the Packers lost quarterbacks Aaron Rodgers to an injury and Tolzien was signed of the practice squad to be the team’s backup behind Seneca Wallace. Once Wallace went down injured in his first start in place of Rodgers, Tolzien took over as the starter.

In the three total games that he played in prior to Rodgers’s return, Tolzien completed 55 of his 90 total pass attempts for 717 yards. While he did throw one touchdown pass in those three games, he also threw five interceptions and you can see those below.

While Tolzien remained with the Packers the next two seasons, he only attempted one pass during that span. This past offseason, he signed a two-year free agent contract with Colts. During the preseason, Tolzien completed 41 of 62 total pass attempts for 390 yards with two touchdowns and one interception. So far during the regular season, he’s yet to play a snap.

Assuming he does indeed start Thursday night against the Steelers, Tolzien will oversee an offensive unit that’s already allowed Luck to be sacked 35 times in the team’s first 10 games of the season.