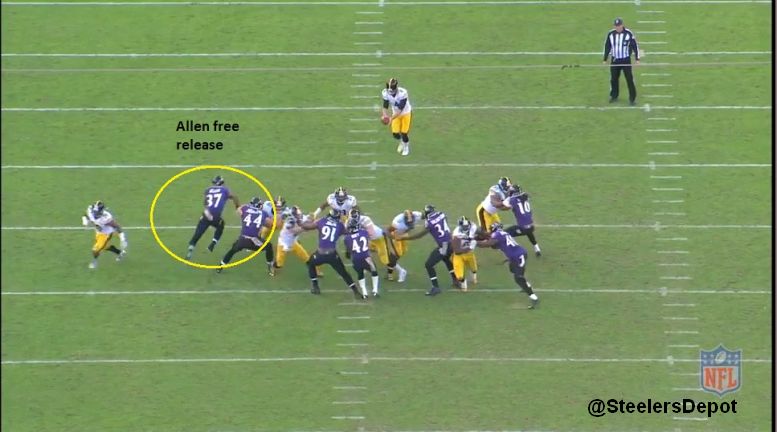 Danny Smith didn’t explain the breakdown any further, anyone expecting him to would be crazy, but he pinned the blocked punt touchdown solely on himself.

Chatting with Bob Labriola in this week’s Coordinator’s Corner, he said anytime there is miscommunication and confusion, it falls on him.

“To just give one up, that’s coaching. And I mean that sincerely. We had a lack of communication between two players. One guy did one thing, another guy did another thing…it was a lack of communication, and I’m going to take the blame for that. We got two players on the field who aren’t on the same page. That’s me. We handled that on Monday, we’ll handle that today in practice, and we’ll move forward. And it won’t happen again.”

Smith essentially echoed our Wednesday breakdown of what went wrong. If you missed it, you can check out the article here. The miscommunication was between Robert Golden and Sean Davis. Davis released downfield, thinking Golden was going to block his man, while Golden pinched, thinking Davis was going to execute the block.

That Three Stooges mishap let running back Buck Allen rush in free, block Jordan Berry’s punt, and have it returned for a touchdown, giving Baltimore a comfortable 21-0 lead.

It was the first blocked punt touchdown the Steelers have allowed since 1988.

But as Smith pointed out, just like us and something so many people missed, is this scheme was common throughout the game. And it was effective, as Smith noted, holding Devin Hester to 43 total return yards. It was schemed smart and executed well before the failed block. That is like saying the Titanic was sturdy pre-iceberg but it’s important to understand the context and nuance to what led up to that situation.

It isn’t as simple as “this guy missed his block.” That isn’t even true. Knowing all this doesn’t make it anymore acceptable, Smith will be the first to tell you, but more understandable.