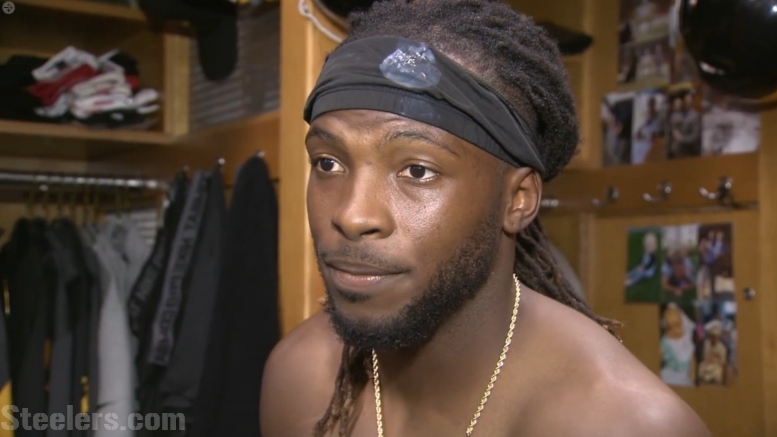 The Pittsburgh Steelers have a problem, and that problem is a lack of a second wide receiver. They have already theoretically operated with three different ones, including beginning with a sidelined Markus Wheaton. They cycled through an effective effort of Sammie Coates as the second option, but a hand injury has thus far robbed him of his effectiveness.

Recently, they tried to turn to the old reliable Darrius Heyward-Bey, who does everything except not drop passes, or so it seems, but in his first game in which he was anticipated to function as a ‘starting’ wide receiver, he suffered a foot injury on a deep target that was overthrown, and it is unclear how long he might be sidelined due to the injury.

Provided with the assumption that Coates is going to continue to struggle, the Steelers may be finding themselves working all the way back to the beginning with Wheaton, since, you know, Martavis Bryant is not about to walk through the door.

Actually, to be technical, the reality is that running back Le’Veon Bell is their second option, and that is borne out by the simple fact that he has the second-most reception on the team behind Antonio Brown, in spite of the fact that he missed the first three games of the season.

But the Steelers still need a second wide receiver who is currently capable of consistently functioning as a legitimate threat to catch a pass and create a play, and they truly to not have that at the moment. Coates is still struggling to find himself, as I wrote about earlier today, and Heyward-Bey is not there.

Wheaton seemed to be finding that niche for himself in the late stages of the 2015 season, but this year has been virtually entirely derailed by injuries, particularly a shoulder injury that has dogged him since the third preseason game and has forced him to be inactive for four games.

The Steelers made him, reportedly, a healthy scratch on Sunday, but they won’t be able to afford to do so now with Heyward-Bey sidelined. So, they might as well try to use him.

They’re not going to give him starter snaps on Sunday, that much appears to be clear. At least, I highly doubt it, as he appears to have been demoted. But if he is given opportunities and he produces on those opportunities, he can work his way back up the ladder.

And that would only be a good thing for a team that is searching even for a temporary solution to the second wide receiver problem. Wheaton is the contingency strategy if Coates continually resistant to a rebound from his earlier success in the year.

On the bright side, we did see some encouraging signs from Eli Rogers in the slot late in the game on Sunday, even if he may be limited to slot work. I wrote about that earlier in the week. But for this to be a championship offense, they need more. Even to get past this current skid, they need more. Even if it’s temporary.