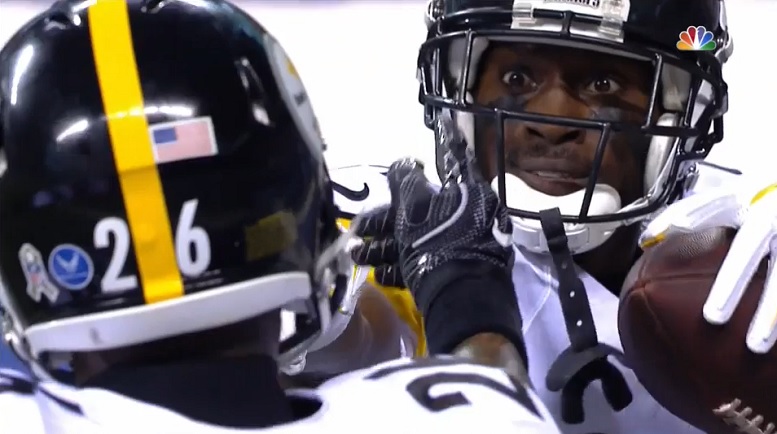 Little bit of housekeeping for you all. Not only were Le’Veon Bell and Antonio Brown flagged for their choreographed celebration during Thursday night’s win over the Indianapolis Colts, they were hit with a fine from the NFL too.

Ed Bouchette tweeted out the news.

Steelers Antonio Brown, Le'Veon Bell both fined for TD celebration in Indy. Won't say how much. Third time for AB this yr.

As Bouchette points out, neither would say how much the fine went for.

Per CBA rules, Brown was fined $24, 309 for his second offense against the Kansas City Chiefs. That’s double the first offense so if we stick with that as a guide, Brown may have been fined over $48,000 for his personalized handshake with Bell.

After that second fine, Brown said it was “Nothing to a boss.” We’ll see if that still rings true when the league ups the ante.

More importantly, for the team, the penalty moved the kickoff back 15 yards and aided by a strong Colts’ return, put them in Steelers’ territory to start their drive. That’s something that won’t make anyone happy, especially Danny Smith. Smith has expressed disgust over Brown’s actions before.

This is Bell’s first celebration fine all season, meaning he probably got stuck with the $12,100 bill per the rulebook.

As disagreeable and inconsistent as these rules may be, they are rules, so it’s no surprise to see them enforced when players decide to break them.