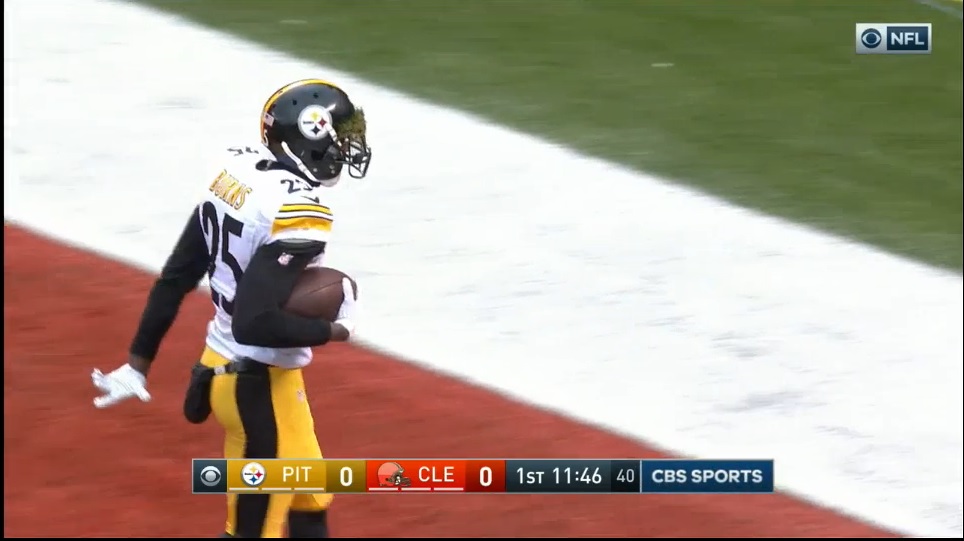 New York Giants wide receiver Odell Beckham Jr. is arguably one of the best pass catchers in the league and the former first round draft pick out of LSU will certainly be a good test Sunday for the Steelers young cornerbacks.

It’s yet to be seen if the Steelers will have one of their cornerbacks follow Beckham around on Sunday but should rookie Artie Burns get a chance to go up against the Giants leading wide receiver, he’s looking forward to the challenge

“You can’t run away from the best, right?” Burns said Monday, according to Jeremy Fowler of ESPN.com. “This is why we’re here, for moments like this.”

Burns, who is now starting opposite fellow Steelers cornerback Ross Cockrell, enters Sunday’s game against the Giants having registered 36 total tackles, two interceptions and 9 passes defensed on the season. The Miami product has already gone up against a few of the games top wide receivers so far this season and it will now be interesting to see how he fares against Beckham, who is averaging 14.1 yards per reception on his 65 total catches.

In the Giants Sunday win over the Cleveland Browns, Beckham caught six passes for 96 yards and two touchdowns. According to Kim Jones of the NFL Network, Beckham was defended by Browns cornerback Joe Haden on 22-of-44 snaps and he finished with nine targets, four catches, 85 yards, and one touchdown on those plays.

While Beckham enters Sunday’s game at Heinz Field with a very healthy yard per catch average, only 286 of his 914 yards have come after the catch. While it’s clear that Burns isn’t going to completely shut down Beckham on Sunday, holding him way below his yards per reception average will certainly go a long way in helping the Steelers win the game. This should be a fun matchup to watch.