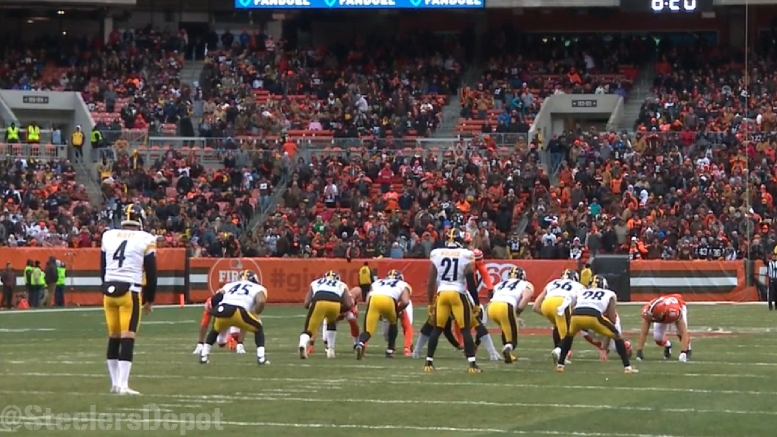 Question: Has Robert Golden ‘officially’ lost his starting job? Is he going to ride the bench for the rest of the year?

It appears as though the Steelers put in motion during the bye week a plan to shift from Robert Golden to rookie second-round safety Sean Davis in the starting lineup. In the first game following the bye, he played roughly 40 percent of Golden’s snaps.

Last week, they roughly split the position snaps, but Davis also saw time in the nickel slot position, where he actually began the season as a starter. On Sunday, he played the entire game in what we probably should no longer be operating under the title of Golden’s starting spot.

Golden only received a small handful of snaps, and those snaps came in place of Mike Mitchell, who missed four snaps. So he played at free safety on those snaps while Davis played at the strong safety position. So it certainly sounds as though Davis is the starter now, doesn’t it?

Nobody has really said it outright—Davis was even hesitant to say it himself leading up to the game—but that appears to be what has happened. Of course, eight now, we are only dealing with a body of evidence over the course of three games.

And we are also dealing with a short week, with the Steelers gearing up to play in just two days on Thanksgiving, so that could have some sort of effect on whether or not Davis logs all the snaps during the game due to the fact that he is a rookie.

The Steelers re-signed Golden to a three-year contract on the eve of the free agency period earlier this March, and though it was a quite modest contract, the assumption was that he was going to start, and maybe start for at least this season.

The coaching staff appears to be more eager than expected to get Davis into the lineup. Of course, they have already gotten two other defensive rookies into the starting lineup, so that shouldn’t be surprising. But is Golden really going to be on the bench for the rest of the season? Will they not find snaps for him? I think that is the remaining question.