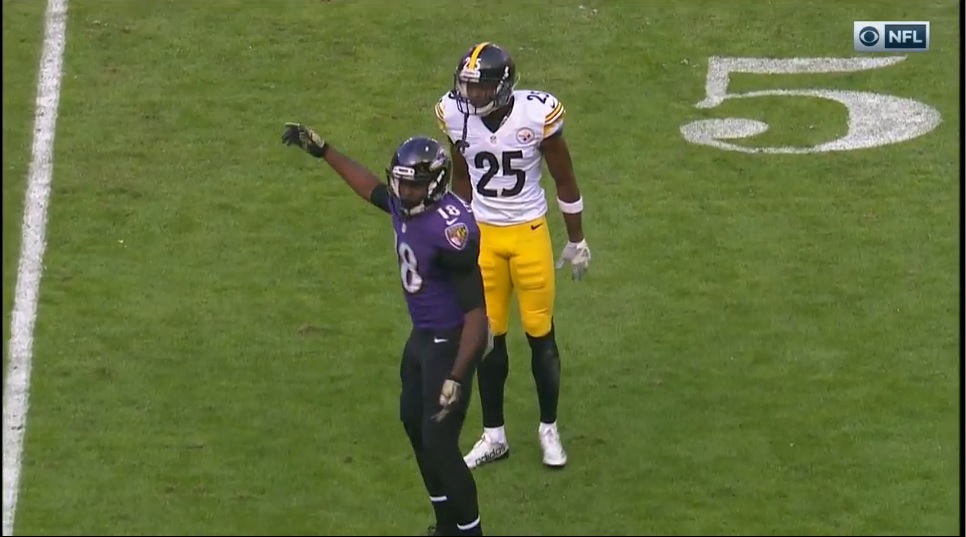 Question: What position on the team is in the biggest need for improvement? For a more interesting conversation, pick one area of the team on both sides of the ball. And how do you fix it?

Coming out of last week’s game against the Ravens, it might have been said that the bulk of the Steelers’ problems were actually on the offensive side of the ball. After all, that was the third straight game in which they scored fewer than 20 points.

But the offense really looked for the most part like it was back to its usual self, with a healthy Ben Roethlisberger, on Sunday, so I would imagine that with a 35-point defensive effort, the majority of the conversation about where the team needs to improve will be on defense.

But if I were to pick a spot on offense that really needs a shot in the arm, is the number two wide receiver position, because they really don’t have one right now, unless you think that that is Cobi Hamilton, and I don’t. I like him, but I don’t want him to be the second option.

You can even cite inconsistency at the quarterback position and I would listen to that argument, understanding that this is a whole season and not just a game. Offensive line struggles and lack of production in blocking and receiving from the tight end position have also been concerns at times.

The only way to fix the number two receiver position for this season is to get Sammie Coates back to where he was through the first five games of the season. Either that or simply supplement with the running back and tight end positions.

Defensively? it’s really hard to say what the biggest problem is, more so because there are so many. The defensive line allowed a high percentage of the Cowboys’ running plays to be successful, and their pressure was limited. So was the productivity of the linebackers.

Conflating the issue of the lack of pressure is the risk of exposing inexperienced defensive backs to greater responsibilities, and greater burdens. We saw what can happen against the blitz with two explosive touchdown receptions in consecutive weeks.

How do you fix that? Well, you have to sit Artie Burns down if you can’t trust him to not get beat in one-on-one coverage over the top when you’re giving him that assignment. That’s the start. Since Burns has been playing more, opposing quarterbacks have hardly looked in Ross Cockrell’s direction.