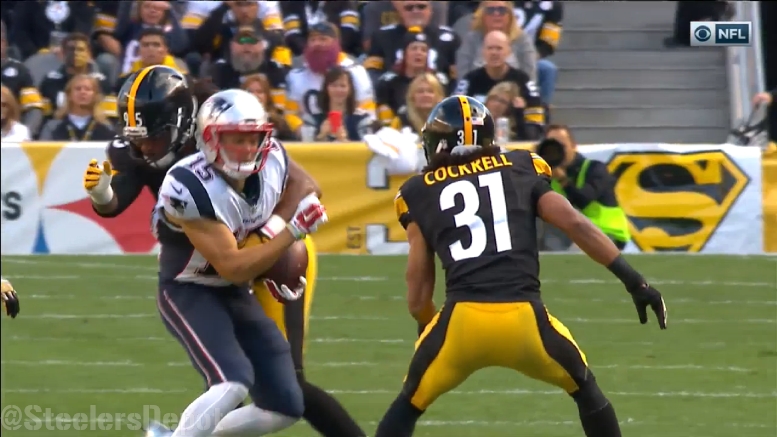 Jarvis Jones: The outside linebacker group has a total of 2.5 sacks, and Jarvis Jones doesn’t have any of them. but he does have a forced fumble and an interception, as well as a couple of passes defensed, and a healthy tackle total given his playing time. He has played fairly well overall, even getting some pressure in the past couple of weeks, even if the sacks haven’t come.

James Harrison: James Harrison has not been all that impactful this year either, though his snaps have been somewhat, though not significantly, limited. He also has a forced fumble and an interception, though both of them were sort of questionable. His more impressive work has been his run stops.

Arthur Moats: For the third straight season in Pittsburgh, Arthur Moats at one point was in the starting lineup, and then was demoted, and it has been to the benefit of three different players. Not that Moats has done anything necessarily to deserve it—he has 1.5 sacks—but the fact that the Steelers use a rotation makes the starter distinction largely semantic.

Anthony Chickillo: Second-year outside linebacker Anthony Chickillo certainly has the hustle, and has shown a couple of flashes—his sack-fumble was a nice play—but the vast bulk of his body of work has been substantially pedestrian. In other words, he has fit into this group. While he hasn’t been really a liability, his positive contributions have been negligible outside of the sack.

Notes: There is a pretty big asterisk when it comes to this group of pass rushers, and that asterisk goes by the name of Bud Dupree, the Steelers’ 2015 first-round draft pick, who recorded four sacks in the first half of his rookie season, but slowed down as he hit a rookie wall.

The Steeers were obviously anticipating a major step forward from the physical specimen, but an abdominal injury that dates back all the way to the spring that kept him out of workouts in May has completely halted his contributions, let alone his development.

When it became obvious that the issue would not heal on its own, the Steelers and Dupree opted for surgery at the start of the season. He is technically eligible to come off of injured reserve, given that the first eight weeks of the season have come and gone, but he is not ready.

Dupree is targeting perhaps a Week 10 return, but he is still just working on the side, and whenever he does get back, assuming that he does, he is going to take a while to get into a rhythm. It is hard to imagine him stepping in and becoming a difference-maker.