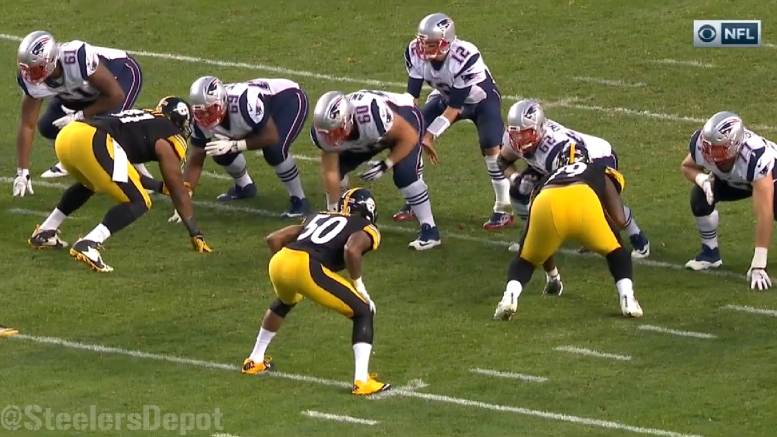 Lawrence Timmons: With Ryan Shazier in and out of the lineup, veteran Lawrence Timmons has been the rock of the inside linebacker group. While he has had his down moments, I do think he has been playing better overall than he did last season, and his slow start was not as prolonged as it was a year ago. His splash plays have been down, however.

Ryan Shazier: As mentioned, Shazier has been in and out of the lineup due to a knee injury. He looked great in the opener, recording an interception and a touchdown-saving pass deflection, but he hasn’t been the same since the injury. There are indications that the Steelers will use a rotation at inside linebacker for the rest of the season, or at least until somebody stabilizes the group.

Vince Williams: Prior to the start of the season, the Steelers inked Vince Williams to two more years through the 2018 season, perhaps in preparation for a succession at the buck linebacker spot. This year, he started three games in place of Shazier and played well, and rotated with him in the last game.

Tyler Matakevich: I can’t ignore the play time distribution, so I’m putting Tyler Matakevich next on the depth chart. He played a lot at the end of the Miami game and racked up a ton of tackles in the process, while consistently being a special teams contributor. I believe he is second or third on the team in special teams tackles. I see no reason why Fort would have been unable to play in the Dolphins game, so I have to view that, until proven otherwise, as an indication that Matakevich is ahead of him on the depth chart—which, on the actual depth chart, he is.

Steven Johnson: While he did not make the initial 53-man roster due to the need to make a roster move, and spent a lot of the season not dressing, Steven Johnson has been one of the Steelers’ best special-teams players, and leads the group with six tackles, plus a forced fumble.

L.J. Fort: L.J. Fort was the first backup to come in during the season, but he has since taken a backseat, and while he has logged a lot of special teams time, he doesn’t seem to have made as much of an impact as either Johnson or Matakevich.

Notes: With six players in this group, the inside linebacker position is obviously ripe for the picking. While it may not be the first position chopped when a roster spot is needed, you can probably assume it’s next up. Right now it’s fair to speculate that Fort—who has practice squad eligibility—is the low man on the totem pole.