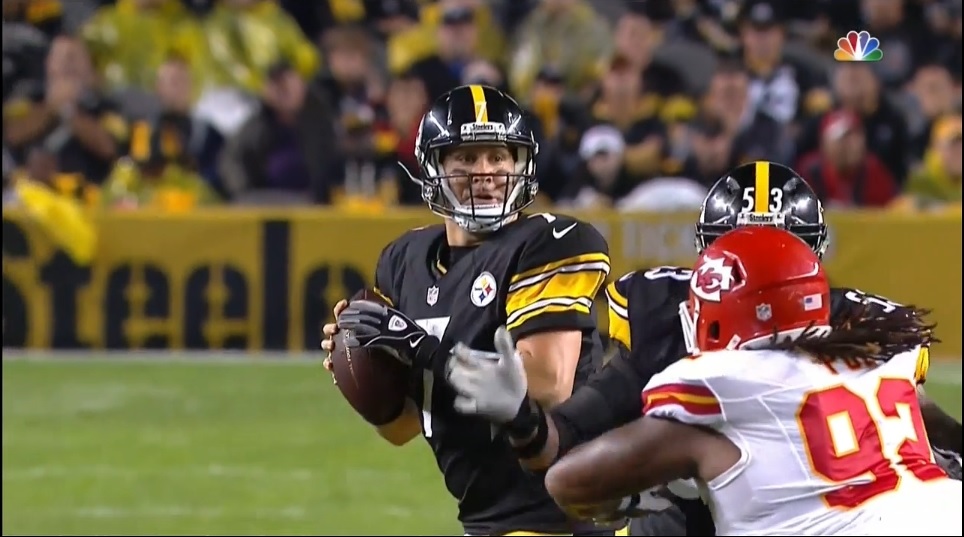 Wanted to sorta talk again about an article we covered a couple weeks ago. We are just hitting the halfway point of the season so some of this is fruitless, but it’s hard to deny a win over the Baltimore Ravens this Sunday would be a huge sigh of relief.

Either way, this game is going to establish some serious #narratives.

Win and the Steelers are sitting with a comfortable AFC North lead, back on track, and the seas much calmer.

Lose and they’re on a three-game losing streak, in a muddy AFC North, and some will be looking for their lifeboats.

It’s not supposed to be scary. It’s just reality.

A Cincinnati Bengals loss this weekend would have been ideal but I’ll take a tie with Washington. It puts them at 3-4-1 entering their bye week. The Ravens, coming off a bye week like Pittsburgh, are at 3-4 with the Steelers the only team above .500 at 4-3.

The quick math: win and move to 5-3, push the Ravens two games under .500 and the Bengals have no chance to gain ground sitting on their couches. Two games over Baltimore, 1.5 over Cincinnati, with wins over each.

The next three games after that? Home to Dallas, at Cleveland, at Indianapolis. The Cowboys will be tough but this isn’t exactly murderer’s row. The Browns are winless in a city suddenly stacking championships and the Colts are one of the league’s most disappointing teams. They fell to the Kansas City Chiefs Sunday 30-14 to drop them to 3-5.

Go 3-1 over these next four, a realistic expectation for how good we’ve seen this team be, and suddenly, Pittsburgh is back in the driver’s seat. They’d be 7-4, a game better than were they were at that point last season, and certainly still in control of their division. It’s harder to project but that figures to slate them around the #3 seed in the AFC, trailing New England and Denver. They won’t win the AFC, you might as well already give that to Brady and the gang, but they can challenge the Broncos down the stretch.

I know, I know. Getting way too ahead of myself. Blame it on bye week boredom. But also trying to be a little optimistic here after a rough last two weeks for Steelers’ Nation. Win against Baltimore and the world will look a whole lot brighter. I promise.

Lose and well…let’s not think about that.