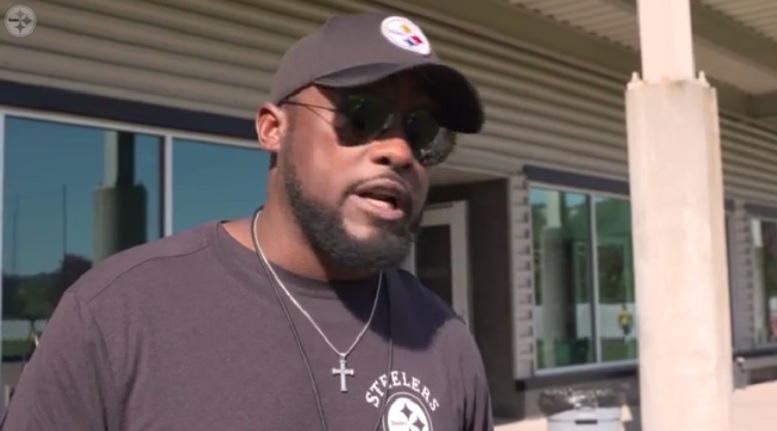 Over the course of the last two days, Pittsburgh Steelers quarterback Ben Roethlisberger hasn’t held back when it comes to his thoughts on the team’s physical practice habits and how they may have led to so many injuries so far this season. Wednesday afternoon, head coach Mike Tomlin acknowledged what his quarterback had to say.

“It’s a conversation that we continually have,” Tomlin said after Wednesday’s practice. “You have to walk a fine line. It’s a delicate thing, team development and readiness. Not enough, too much. Those discussions are ongoing and it’s a legitimate one.”

Tomlin was then asked how he goes about managing the physical practices over a six month period and how he knows when to scale them back.

“It’s time tested and really looking at each individual group and trying to give it what it needs along with experience,” said Tomlin. “We don’t do a lot of evaluating in that regard right now because that is in our rear view. As we come to the close of the season we will take a global look at issues such as those.”

So would Tomlin like players to come to him in private if they have a complaint related to too many physical practices?

“We’re a transparent group. Opinions are valued,” said Tomlin. “We don’t care where good ideas come from. We are just trying to win football games.”

The head coach was then asked if Roethlisberger’s recent comments and ideas were good ones.

“Ben’s been around here long enough to have an opinion and also express it,” he said.

On the surface, it appears as though Roethlisberger’s comments about the team having too many physical practices are not only related to training camp sessions, but regular season ones as well. With that said, teams are supposed to only conduct 14 padded practices during the regular season as specified in the CBA. If Tomlin is indeed pushing the envelop when it comes to him conducting too many physical of practices during the regular season, padded, or not, one would think that the NFLPA would make sure that the league looks into it.

The positive to take away from all of this after the last two days is that Tomlin quickly responded publicly to what Roethlisberger had to say on the subject to the media and now that that has happened, the quicker this can all be laid to rest. At least we hope. While Tomlin did address Roethlisberger’s comments on Wednesday, it doesn’t sound like any changes are forthcoming as it relates to how he handles in-season practices. At least that’s how I interpreted his comments.

Will Roethlisberger be asked to respond to what Tomlin had to say on Wednesday? We’ll see.

Now that all of this is out in the open, it will continued to be discussed for the remainder of the week and because of that, hopefully it won’t be a distraction for the team as they continue to prepare to play the Miami Dolphins on Sunday.

Overall, I think the timing of Roethlisberger’s comments are a bit curious. Perhaps he has had several players come to him recently with complaints about how Tomlin conducts his practices six weeks into the regular season and he thought it was finally time to say something about it publicly. After all, this is his football team.