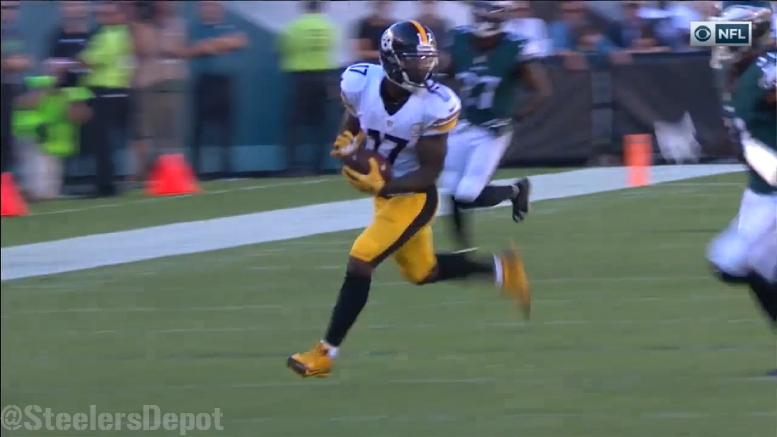 There was some good news on the Pittsburgh Steelers Wednesday injury report as wide receiver Eli Rogers was able to practice fully for the first time since suffering a turf toe injury in the team’s Week 3 loss to the Philadelphia Eagles.

After practice was over, head coach Mike Tomlin was asked about Rogers and if he was getting himself acclimated to being back on the field on the practice field again after missing the last two weeks with his toe injury.

“He is, he is and we don’t take that process for granted,” Tomlin said. “Health is one thing, readiness is another. So now we’re about the business of displaying readiness.”

Rogers return Sunday for the team’s road game against the Miami Dolphins doesn’t sound like it’s guaranteed at this point as he’ll definitely have to practice fully the rest of the week and display the readiness that Tomlin is looking for while doing so in order to get himself a helmet this weekend.

Needless to say, the former undrafted free agent out of Louisville was glad to be back on the field Wednesday.

“Felt great being back out there with my team,” Rogers posted on his Twitter account after Wednesday’s practice. “Was nice hitting the grass today.”

With fellow wide receivers Markus Wheaton and Sammie Coates both unable to practice on Wednesday because of injuries they sustained in the team’s Sunday home win over the New York Jets, the Steelers might need Rogers ready to go against Miami.

In the Steelers first three games of the season, Rogers caught 9 passes for 100 yards and a touchdown in addition to returning 4 punts for 30 yards. Before going down injured in the game against the Eagles, Rogers had played 109 offensive snaps.

“Did a little running around, caught a few passes, felt good to be out there,” Rogers reported, according to Mike Prisuta of steelers.com. “I feel good but we’re going to take it day by day.”