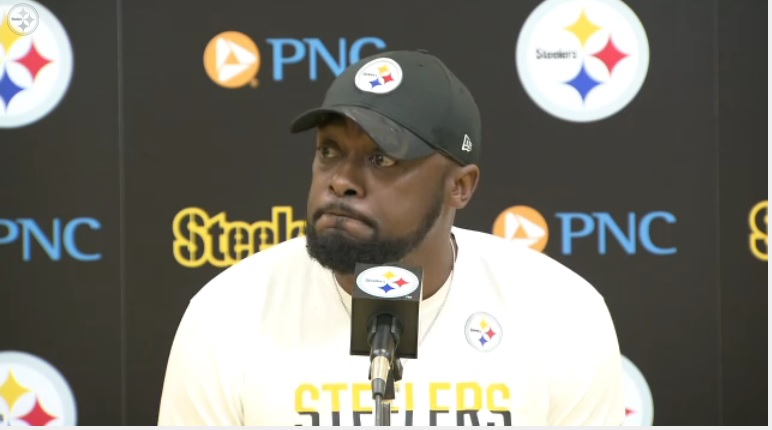 Generally, the goal is for this Pittsburgh Steelers’ offense to put up 30 points per game.

This week, without Ben Roethlisberger, that goal is a little more modest. And Mike Tomlin even acknowledged they’ll have to hold New England’s offense in check this weekend if they want a chance to win.

“They’re a formidable bunch,” Tomlin said. “They’ve been over 30 points the last two weeks. We acknowledge that. We gotta work to keep the score down because that aides us in terms of the game unfolding in the manner we need it to unfold. A shootout is not the type of game we’re looking for under present circumstances for us.”

Those last two games, of course, have come with Tom Brady leading the charge. That’d led to a 33-13 win over Cleveland and a 35-17 win over Cincinnati this past Sunday. Brady has completed over 75% of his passes, thrown six touchdowns, and no interceptions.

With him last season, New England breached the 30 point mark seven times, including three times on the road. Only once last year were they held under 17 points, Keith Butler’s magic number, the final regular season game against Miami in a 20-10 defeat.

“We gotta have an outstanding effort not only on defense but we have to work to possess the ball on offense. Those two things are going to work together as they worked together in a negative fashion a week ago.”

The Steelers’ defense was on the field for over 36 minutes, one of the highest figures in the last five years, as Miami rolled up 224 yards rushing in a convincing victory. Turnovers didn’t help the cause either, two interceptions from Ben Roethlisberger, and an inability to convert on third down.

If Pittsburgh wants any chance of winning this game, or even just staying competitive, they must be near-flawless in all these areas. All easier said than done, especially with Jones at the helm, but as Tomlin says, such is life.