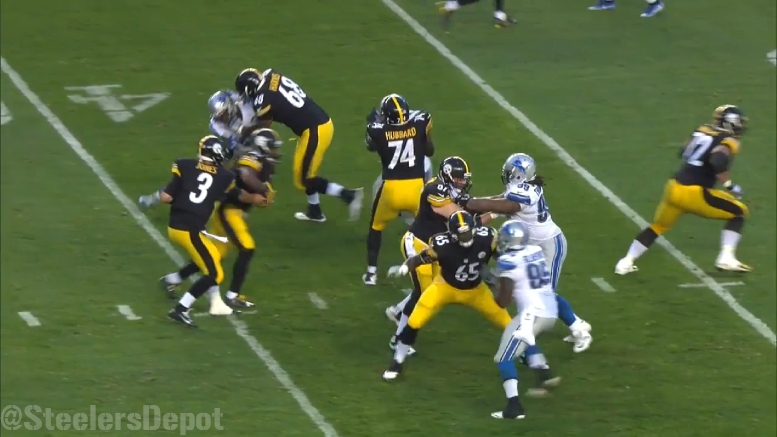 You might recall that way back in March, while free agency was still cooking, I took a stab at addressing the Pittsburgh Steelers’ seemingly intensive search to uncover an offensive tackle to add to their depth, which they eventually acquired when they signed veteran Ryan Harris to a two-year contract.

At the time, I wrote about how important that swing tackle position had been to the Steelers over the course of their recent history due to the number of instances in which that player would have to be called into action at some point during the course of a season due to injuries.

I recounted how the Steelers lost 10 games from the left tackle position just last season, which had the domino effect of vaulting Alejandro Villanueva into the starting lineup. Even Chris Hubbard was called into action at tackle for six or seven snaps after that.

The year before, Marcus Gilbert was down for four starts. The year before that, they were forced to make a lineup change after four games, and then that new starter missed a game later in the season and needed to have the man he replaced fill in for him due to injury.

In 2012, the Steelers had to use three different players, including a second-year player and two rookies, over the course of the season to man the right tackle position—and even the last player ended up suffering a concussion in the final game of the season.

We can keep going further and further back to at least the 2010 season, when Willie Colon missed the whole year and forced the Steelers to turn to free agency to sign a new right tackle. I determined that over a six-year period, the team required 83 starts from players who were not starters at the beginning of the season, or about 43 percent of total games started by both tackle positions in that span.

Of course, we find ourselves in the same shoes once again, with Gilbert suffering a mid-foot sprain, and what’s worse, now Harris is dealing with a hematoma that is seriously threatening his ability to play, and which sounds like it is going to result in Hubbard starting at right tackle.

It is at this point that I can’t help but think of how things might be different right now had rookie fourth-round draft pick Jerald Hawkins not suffered a season-ending injury that landed him on injured reserve after being limited to action in just one preseason game, in which he played well.

Hawkins may right now be an afterthought in most people’s minds right now, having let slip the memory of the rookie tackle as persona non grata since he is not on the roster and unable to contribute, but there’s a reason the Steelers felt the need to draft him in spite of the fact that they already had Harris in tow at that point. They wanted that extra depth after what they’ve been through after the past several seasons. They planned for it. But plans have a way of being undone.