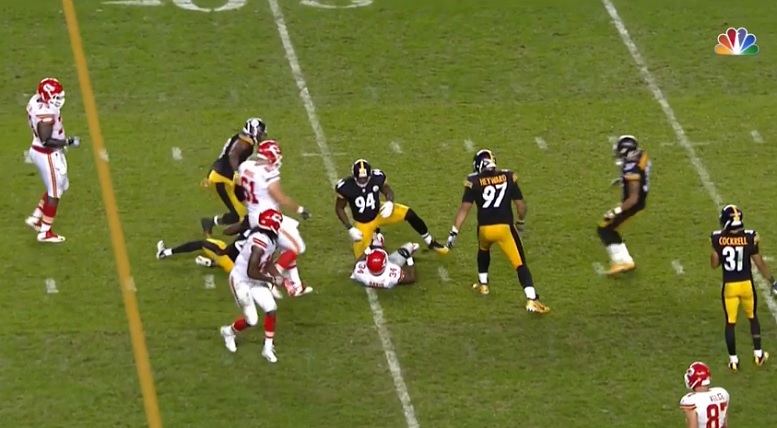 After giving up a ton of yards after the catch in their previous two games, the Pittsburgh Steelers defense got it right when it came to that portion of their play in their big Sunday night win over the Kansas City Chiefs at Heinz Field.

On the 30 passes that Chiefs quarterback Alex Smith completed Sunday night, the Steelers defense only allowed 96 yards after the catch for a stellar average of 3.2 yards per reception.

In total, the Steelers defense allowed Chiefs’ pass catchers to gain more than 4 yards after a reception on just 8 different plays with the longest YAC on a single play being 17 yards, which happened twice during the game.

Now that the Steelers have things moving in the right direction as it relates to YAC allowed to running backs, it will now be interesting to see if they can continue to excel in that area next Sunday at home in their game against the New York Jets as they’ll be facing one of the best pass catching running backs in the league in the form of Matt Forte, who will enter the game with 11 receptions on the season for 83 yards.