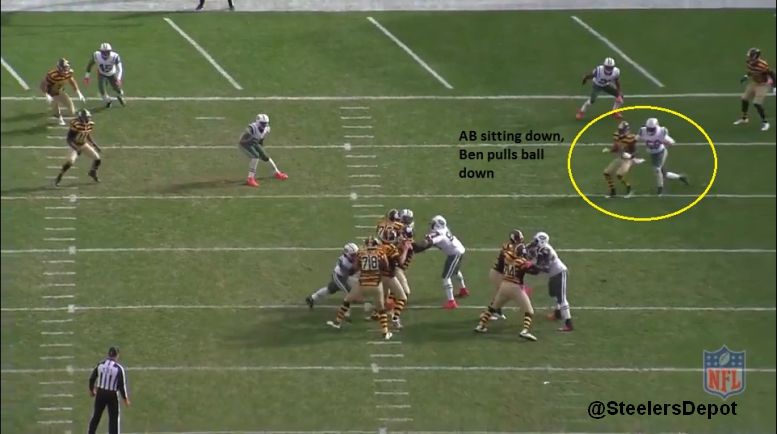 Thankfully, just one of these to talk about this week.

1. 2nd and 6, 9:44 4th. 11 personnel. Five block versus a four man rush. Jets run a simple T/E stunt to the offense’s left. It’s passed off well in recognition but Alejandro Villanueva struggles with his technique. He picks up Leonard Williams but isn’t playing with tight hands and Williams is able to get into his chest, uprighting him and walking him back on his bull rush. 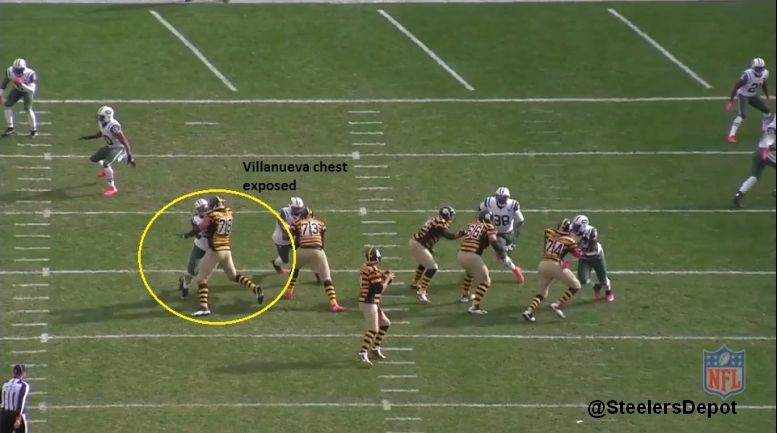 Because Villanueva is so tall, struggles to maintain his stagger, and doesn’t use a hop step to give up a little ground to reset himself, he gets blown back. He’s normally good at dealing with bull rushes because he’s so big and strong but Williams is a large man himself and plays with significantly better technique and as a result, much more power. 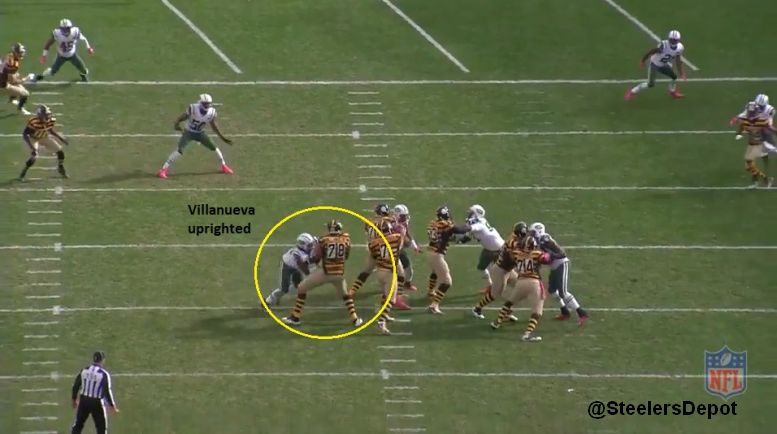 There is another element at play and serves as a reminder that not all sacks are on the offensive line. From snap to contact is about 3.3 seconds, more time than usual the QB needs to get rid of the football. There’s clearly some level of miscommunication between Ben Roethlisberger and Antonio Brown.

Brown is running a five yard dig and crosses the linebackers face. 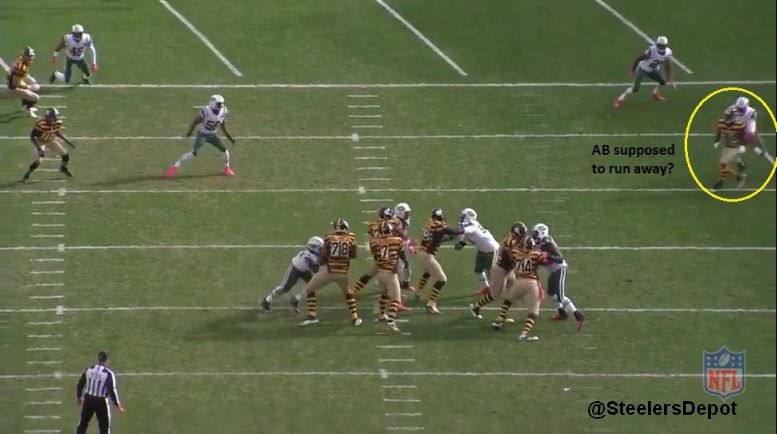 Roethlisberger expects him to keep running through to the open zone while Brown starts to slow and settle, careful not to run himself into the middle linebacker.

It creates hesitation, Ben forced to pull the ball down, and enough time for Williams to come in and punch it out.

Both have a case for doing what they did, Brown for trying to settle and not get clocked, Ben for expecting his receiver to run a little further past and be willing to chance that hit, but I’ll ultimately throw the blame on receiver here. Running away from the defender is the rule and Brown slows up and tries to pivot away.

Blame: Half on Villanueva, half on Antonio Brown