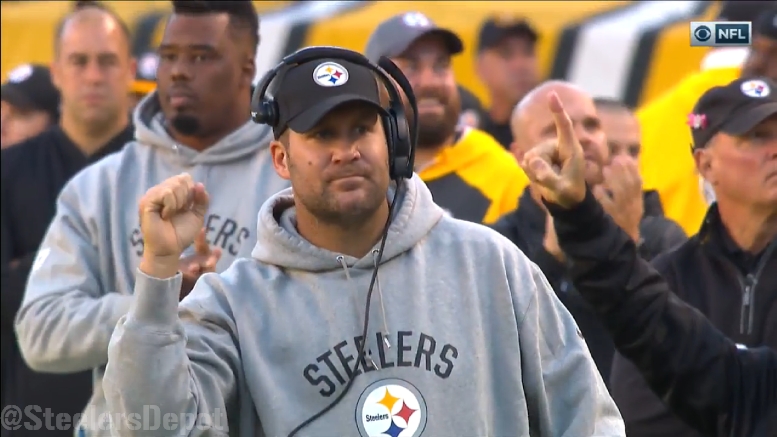 There won’t be an official status update on Ben Roethlisberger’s health for almost another week but a new report seems to make it sound almost certain you can count on Roethlisberger starting Week Nine against the Baltimore Ravens.

CBS Sports’ Jason La Canfora wrote briefly on the situation in his column today. And all signs point to Big Ben being healthy enough to play.

“With each day that passes I have a more difficult time finding anyone in the Steelers organization who does not believe Ben Roethlisberger is starting Week 9 against Baltimore. Barring a setback, that’s where we’re headed, and I bet he shows up big against the division rivals.”

That is still no guarantee, of course, but it sounds like La Canfora has multiple sources who all believe he will play.

Roethlisberger was spotted throwing and doing individual work during yesterday’s practice, just eight days removed from surgery to repair a torn meniscus suffered against the Miami Dolphins. That coupled with this report should create even more optimism.

His original timetable was murky. First, two to three weeks, but, as Roethlisberger said, possibly longer because of some issue – possibly scar tissue – from the injury he suffered last season against the St. Louis Rams. Now, it sounds a lot closer to the original timetable.

It’s a pivotal game against the Ravens. If the Pittsburgh wins, they avoid a three-game losing streak and could create some much-needed separation in the AFC North. If they lose, it’s three in a row and are thrown into murky waters with the Ravens and Cincinnati Bengals, a situation where all three teams could be 4-4 at the midway point. All that would take is a Ravens victory against the Steelers and the Bengals beating Washington this Sunday.

The Ravens also have their bye this week while the Bengals will be off Week Nine.

As usual, we’ll keep you posted on Roethlisberger’s status.