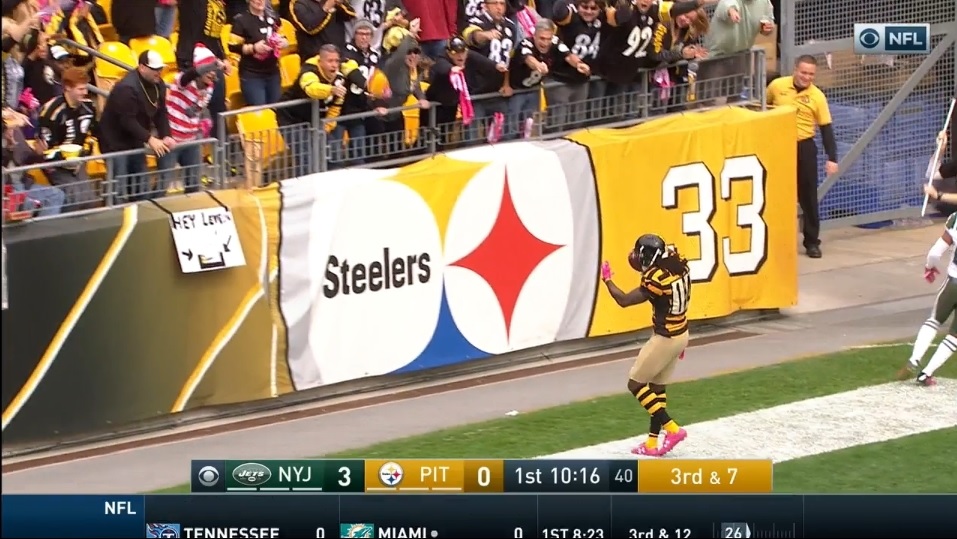 Some NFL coaches don’t believe they should have to motivate players.  After all, there’s only so many pep talks known to man.  So a Super Bowl winning coach decided to assemble lessons, quotes and motivational stories as a “motivation on command” tool.

It’s a long story but I ended up with a copy, and as a thank you for all of the support from Steelers Nation I am going to take choice lessons from the binder and attempt to apply them to the Steelers’ 2016 season.  Here we go!

This week’s principle: “A gallon of sweat is worth more than a pint of blood”- Gen. George S. Patton

In modern football people are way too concerned with analytics. If a fan missed the game, after asking about the score, the very next question is almost always focused on some sort of stat or grade. People often draw similarities between football and war, but at the end of the day do you think a soldier counts how many bullets they fired? In case you’re wondering, they don’t. It’s either a failed mission or an accomplished one, both fans and pundits alike should appreciate that fact. The Steelers have been assigned five missions against solid competition and are 4-1.

When the U.S. Army gets a recruit that wants to be a career soldier that soldier goes to boot camp, then gets specialized training. When the Steelers draft a player they go to training camp, then receive more guidance throughout the season. If the military let a tank driver fly a jet or a medic steer a submarine the result would be pure chaos. The whole military system would fall apart. The army would bleed.

Instead, the military trains people to be very skilled at one or two things, and when combined with their peers they become cogs in an effective machine. They don’t care if it takes a gallon of sweat for you to be trained properly, they know that every machine is only as strong as its weakest link.

The Steelers are similar in that they take players and train them to the best of their abilities in hopes that they become effective cogs in the team’s “machine”. Some people become effective pretty quickly like Ben Roethlisberger, while other players take years to develop into stars (think James Harrison). Similar to the military, the Steelers try to concentrate on player’s skill sets. 300 Lb. linemen don’t usually return kicks and punters aren’t attempting to throw touchdown passes.

In fact, the Steelers, like the military, would rather spend a gallon of sweat preparing and learning how their team functions at its best than bleed on the battle field. Obviously, the Steelers battlefield is a football field, but you get the analogy. When the Steelers offense only scored three points and the defense gave up 34 points and 426 yards to the opposing team, it’s fair to say that they were bleeding that pint of blood.

Since that occurred in week 3 against the Philadelphia Eagles the Steelers have been getting gallons of sweat (hard work) out of their units in order to enact improvements. As a team they’ve been tackling better, and pressuring quarterbacks more efficiently by making sure each cog in their defense is working up to the general’s (the coaching staff’s) standards.

So the next time the Steelers bleed on the field, and it will happen, be assured that all is not lost. Rather, the Steelers are examining all of the cogs (players) and parts (skills) in an attempt to make sure that their well-constructed, high-functioning machine gets back to working effectively no matter how many gallons of sweat it takes.

In doing so, they assure the team, the fans, ownership and themselves that when next Sunday rolls around, the Steelers are not the ones losing a pint of blood on the field of play.