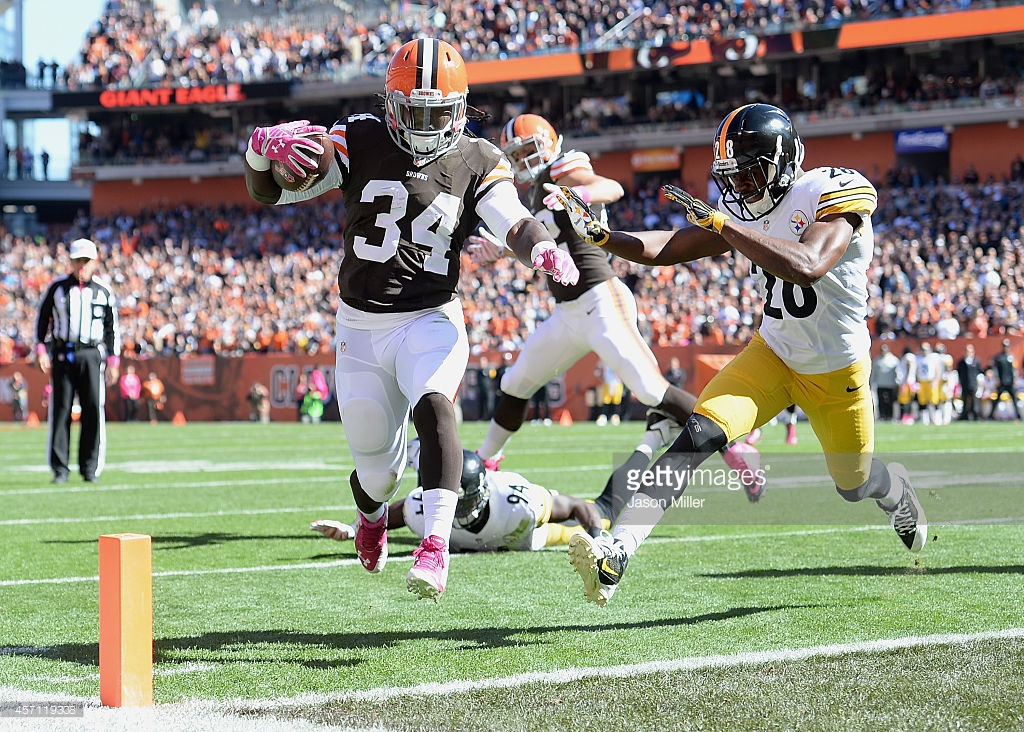 The Cleveland Browns have had to deal with a bundle of injuries over the course of the 2016 season thus far, and it starts with the fact that they lost not one, but two quarterbacks already, at least for a period of time, and are currently operating with their third-string arm, a rookie third-round draft pick.

It should not be much of a surprise that the Browns have turned to the running game because of that, and, in truth, they have been effective in that department. In fact, Cleveland is leading the league in rushing, having gained a total of 597 yards on the ground thus far through the first four games of the season, which averages out to 149.2 yards per game.

If that is not significant enough, the Browns are pretty much blowing away the rest of the league in terms of per-snap efficiency on the ground, averaging a stellar 5.7 yards per carry. Granted, 85 of those 597 yards came on just one carry, but even if you take that one snap away, they are still averaging over 4.9 yards per carry.

That total would still put them second in terms of average, and that is disregarding the fact that the Raiders, who are currently in second, also have a 75-yard outlier run that bolsters their 5.3-yard per carry average.

The Browns have, in fact, just one run of 40 or more yards, and only four total runs of 20 yards or more among their 104 carries, which means that they are also being very efficient outside of the territory of explosive plays.

So far this year, third-year former undrafted free agent Isaiah Crowell has been the primary running back, and the author of that league-leading 85-yard run. His 394 yards on 61 carries boasts an impressive 6.5 yards per carry figure, and he has three rushing touchdowns to his name thus far, the other having come via a wide receiver carry.

Crowell is currently second in the league behind only the Cowboys’ rookie in terms of rushing yards, behind by 18 yards, but on 33 fewer carries. His 27.9 percent of carries that go for a first down ranks fourth among running backs with at least 30 carries. So why has he been so successful?

“I know I have trimmed down a bit”, he said during the week after being asked why he looks to be quicker on the field. “I lost about seven to eight pounds. I can say I’m more comfortable because I have been in, but I feel like it really is more opportunities. I feel like I could have been doing this [in the past] if I had opportunities like I’m having now”.

Crowell’s ability to make defenders miss has been particularly notable. He attributes it to being in a rhythm, saying, “I feel like I’m in a good rhythm in the game and I feel like that’s where it comes from. I don’t feel like it is anything different that I’m doing”.