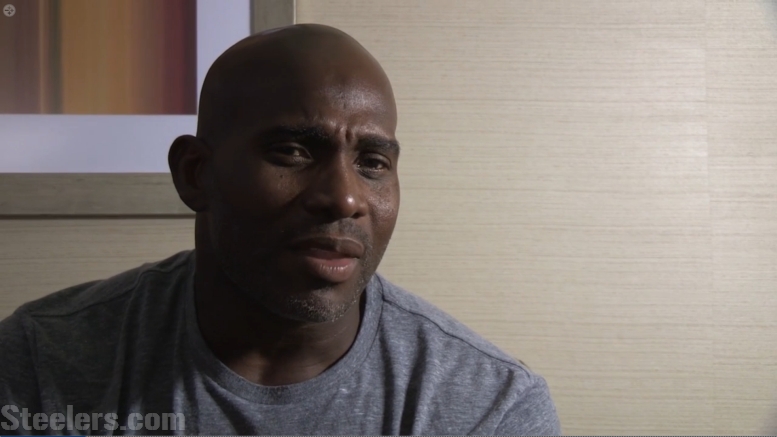 If there is one person that had to be chosen to serve as the epitome of the Pittsburgh Steelers’ defensive personality over the course of their history—or at least, perhaps, since the conclusion of their original dynasty—then that representative may well be the man who wore the shirt that claimed, “I Wasn’t Hired for My Disposition”.

A five-time Pro Bowl outside linebacker for the Steelers from 1988 to 1997, former sixth-round draft pick Greg Lloyd terrorized quarterbacks for years, and he along with free agent acquisition Kevin Greene—a newly minted Hall of Famer, and the all-time sack leader for linebackers—made one of the great pass-rushing duos in team history during the Blitzburgh era of the mid-90s.

But there is one other player that Lloyd says that he would have loved the opportunity to play with, if he had the opportunity—and he is still playing. Speaking recently with Teresa Varley for the Steelers’ website the Steelers All-Time Team representative said that he “would have loved to have had the chance to play this this guy”—this guy being the 38-year-old James Harrison.

A former undrafted free agent in 2002, four years after Lloyd retired, Harrison is in his 14th NFL season, and the 13th with the Steelers. Over the course of the past three seasons, he has worked in a rotation at the outside linebacker position, but he has remained arguably their most effective pass rusher, and overall player, from the group.

“James Harrison is a warrior”, Lloyd said of Harrison. “When people see him they don’t see a tall guy, but he is massive. I have seen him get underneath people and move them like they aren’t even there”.

At six feet, Harrison does not fit the conventional mould for the position, but he has made a career out of utilizing his phenomenal bend and leverage, coupled with his elite strength and conditioning, to rise to the top of his game.

From 2007, when he entered the starting lineup full-time, to 2011, when injuries began the chip at his effectiveness, Harrison was named to the Pro Bowl five times, the All-Pro list four times—twice on the first team—and in 2008 was named Defensive Player of the Year, establishing a franchise record with 16 recorded sacks.

But he is a player who transcends his impressive statistics. His demeanor on and off the field have come to define his reputation, a sort of atavistic relic of a bygone era, which Lloyd appreciated, saying that he thinks of Harrison “when you hear people talk about guys who could play in [all] eras”.

“He is a tough guy”, Lloyd went on. “What I love about the kid is he backs up what he says. He is prepared, and he understands what it is to be a linebacker. He understands what his role is and he plays it. He is all out. I like that about him. He isn’t flamboyant and says things, he just does it”.

While Harrison may be a true physical specimen, who much of his success actually stemmed from having a great football mind, which did not come easily for him initially, which is why he took years to stick to the roster.